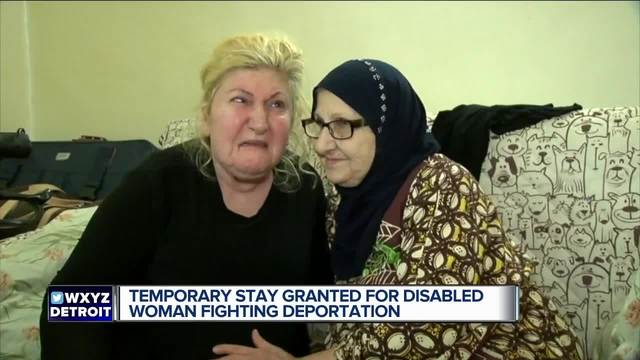 DEARBORN — A Physically and mentally impaired woman who as set to be deported to Lebanon has been granted temporary stay by a federal judge.

Muna Kazan, a 57-year-old Dearborn resident, is a Lebanese citizen but has never set foot in the country by was set to be deported Monday night.

Kazan’s visa has expired but her attorney Nabih Ayad is asking the government to take a second look, saying this is a special case.

“She has no family, no one to help her,” Ayad told The AANews. “This is bad immigration policy.”

Ayad said Kazan, who was born in Sierra Leone, West Africa, has attempted to seek asylum in Canada after her U.S. visitor visa expired in 1993. She was denied entry and was considered an “arriving alien” when she came back.

She has been living in Dearborn ever since.

Kazan was involved in an accident in 2010 and in 2016 that left her with multiple cervical, spinal, an immobile arm, among other injuries. Now, she is permanently disabled and cognitively impaired has to be under 24-hour care by her family.

“If I go over there I don’t know nobody,” Kazan told WXYZ News. “Nobody. I don’t have house. I don’t have nothing. How can I live? Maybe in the streets.”

It’s been eight years since the Board of Immigration Appeals has reviewed Kazan’s case, and Ayad is hoping will reopen it as her circumstances has changed, and grant her a Green Card.