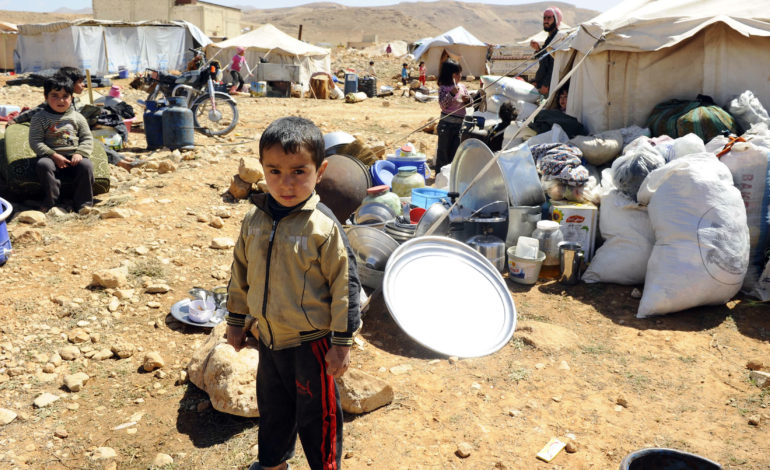 BEIRUT — Lebanon is working with Damascus for the return of thousands of refugees who want to go back to Syria, a Lebanese official said on Thursday.

As the Syrian army, backed by Iran and Russia, has recovered territory, Lebanon’s president and other politicians have called for refugees to go back to “secure areas” before a deal to end the war — at odds with the international view that it is not yet safe.

Lebanon hosts around 1 million registered Syrian refugees according to the United Nations, or roughly a quarter of the population, who have fled the war in neighboring Syria since 2011. The government puts the number at 1.5 million.

“There are contacts with the Syrian authorities about thousands of Syrians who want to return to Syria,” Major General Abbas Ibrahim, a top Lebanese state figure and the head of the General Security agency, told reporters on Thursday.

“The stay of Syrians in Lebanon will not go on for a long time. There is intensive work by the political authority.”

He did not give a time frame for returns, but suggested at least some would take place soon.

UNHCR, the U.N. refugee agency, said it was “aware of several return movements of Syrian refugees being planned to Syria.”

President Michel Aoun has called the crisis an existential danger to Lebanon, reflecting a view that the presence of the mainly Sunni Syrian refugees will upend the balance between Lebanese Christians, Sunni Muslims, Shi’a Muslims and other sectarian groups.

Saad al-Hariri, who is prime minister of the outgoing Lebanese government and has been designated to form the next one, has said Lebanon is against forced returns of refugees.

Aoun has said that “many” areas of Syria are now secure, though he has also said the principle of voluntary return must be respected.