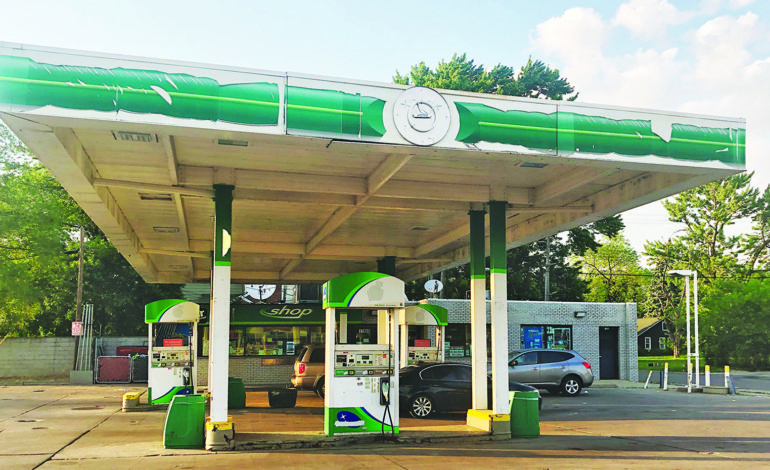 DETROIT — A bullet fired on Mother’s Day on the city’s west side put a Black man in his grave and has unearthed decades-old turmoil between African American residents and Arab American businesses.

A scuffle between a gas station clerk and the unarmed customer at a Citgo gas station was stopped short when Rami Ali Jaber, son of the station’s owner, came out from behind the glass and shot 34-year-old Derek Leon Roberts.

The 26-year-old Dearborn Heights resident is being charged with first-degree murder and felony firearms violations by the Wayne County Prosecutor’s Office — and is recognized by a group of African and Arab American officials and activists as another example of how sour inter-community relations could turn deadly.

On June 1, Rev. Wendell Anthony, president of the Detroit branch NAACP and senior pastor at Fellowship Chapel in Detroit, convened a meeting at Fellowship Chapel with Arab Americans who own gas stations in Detroit and African American business owners, activists, City Council members and a police official to discuss implementing measures to help keep businesses accountable and make neighborhoods safer.

They want Arab Americans, who’ve long benefited from small shops and other entrepreneurial successes in Detroit, to address prevalent misunderstandings about Blacks, to be better neighbors and to give back to the community. The Arab gas station owners present at the meeting said they are already doing their part, but promised to boost efforts to get others on board.

Too many times we see businesses come into a community where they’re not necessarily from that community and they benefit business wise – Negus Vu, president of New Era Detroit

In the wake of the shooting, Anthony said in a statement that this isn’t the first time the communities have come together to discuss accountability after an incident occurs.

“There have been many occasions where members of African American and Arab American communities have come together to address cultural and community issues that speak to the need for mutual respect and understanding,” Anthony wrote. “The community again has to deal with a young Black life that has been snuffed out before his family and friends could witness his complete growth and development. It appears that the pursuit of justice is on the right track. The police department has made an arrest. The courts have held an arraignment and we believe, from all indications, appropriate charges have been filed.”

Discussion regarding civil rights in the wake of a racially-charged killing were not held without contentious moments. As talks began, Arab businessmen sitting together on one side of the roundtable took offense to a list of demands set by Black activists.

“This isn’t a negotation, this a conversation,” said Nasser Baydoun, a Detroit gas station owner and chair of the Arab American Civil Rights League. “There are no demands that are going to be made; this is to reach an agreement.”

Negus Vu, president of New Era Detroit, firmly upheld the demands, saying Anthony “opened up his house” so suggestions could be relayed and expectations fulfilled.

Demands presented to the Arab American businessmen included that Roberts’ funeral arrangements be paid for, adherance to safety codes and cleanliness standards, a public apology to be posted at the store and that all employees receive customer service and cultural competency training.

“Too many times we see businesses come into a community where they’re not necessarily from that community and they benefit business wise, ” Vu said while reading out demands. “And they don’t actually interact with any organizations and churches within that community.”

The now-closed Citgo where the shooting occurred had been illegally selling loose cigarettes and drug paraphernalia.

There are about 300 gas stations in Detroit and not all are bad neighbors.

African Americans participating in the dialogue acknowledged that the Arab gas station owners present are already good corporate neighbors and are meeting their demands, but said they encouraged them to identify best practices and spread them to other gas stations.

Baydoun, who led the conversation on behalf of Detroit Arab American gas station owners, shared the African Americans’ concerns and said he and his fellow businessmen at the table respect the community and their customers.

In fact, most of the stations owners at the meeting were among the first to remove anti-anxiety K9 pills off the shelves, before they were made illegal in the early ’90s and are the original group that started the Green Light Project, Baydoun said.

A unique public-private partnership between businesses and the Detroit Police Department that began two years ago, The Green Light Project is now a network of about 340 businesses, including gas stations, party stores, car washes, restaurants and residential buildings.

A partnering business can be identified by a noticeable flashing green light and signs announcing that police are monitoring the businesses 24/7 through high-definition surveillance cameras with face detection features.

“We started the Green Light Project and invested our money because we felt that downtown and midtown were getting everything, but the neighborhoods were getting nothing,” Baydoun said, adding that it’s been one the most successful crime-fighting tools Detroit Police has ever had.

He added that the demands listed are required procedures already “built in” to being a Green Light Project partner, like having a well-lit station, and that it was ultimately the City Council and police department’s responsibility to ensure businesses are following the law.

He also lauded the Detroit Police Department for stepping up its enforcement and ensuring businesses have operating licenses, but said the community should also do its part in identifying bad businesses and stop shopping there.

“Green Light allows citizens and customers to differentiate between people who run businesses properly and business not doing things right,” Baydoun told The AANews. “Consumers will drive the sales.”

He agreed on the need for cultural competency training for store employees. Arab and African Americans join in prayer at Fellowship Chapel after a meeting on making gas stations safer, June 1 – Photo by The AANews

We can only educate, show by example, coerce, but in the end it depends on the police department – Nasser Baydoun, Detroit gas station owner and ACRL chairman

Last September, the FBI reported that Detroit was the most dangerous big city in the nation, as it saw a 15 percent increase in crime in 2016 from the previous year. However, Detroit Police Chief James Craig disputed the numbers, saying that violent crime was actually down 5 percent.

A Detroit Police report shows that violent crime within 500 feet of the original eight Project Green Light partners was cut in half, comparing data from January to July 2017 to numbers from 2015.

At the meeting, Detroit Police Deputy Chief Todd Bettison said the department is committed to “stepping up the heat” on businesses that employ bad practices and uplift the good ones.

“You can hold the department and you can hold me accountable for my words today,” Bettison said.

Baydoun told The AANews that while he could offer some guidance to Arab American businessmen who run unsafe stores, he stressed that it was the police department’s job to make sure they operate properly.

“We can only educate, show by example, coerce, but in the end it depends on the police department,” he said.

He added that Arab Americans have enjoyed entrepreneurial successes in Detroit and have a vested interest in maintaining close relationships with residents and helping support the community from which they benefit. That could mean hiring more African American staff and supporting Black-owned businesses.

Moussa Bazzi, co-owner of three gas stations on Detroit’s east side for about three decades, told The AANews he’s seen an increase in sales and a decrease in theft inside the store and at the pumps since his businesses became Green Light partners.

He added that many Arab Americans dive into the gas station businesses without knowing anything about their customers. Most times, the owners employ Middle Eastern newcomers who speak little English and don’t screen them for criminal records or mental fitness.

Given the inherent stresses of operating what is considered a de facto 24/7 neighborhood convenience store, Bazzi said he wished all gas station employees were required to pass a specific course on customer service.

“Some of the worst employees are Arab American employees,” he said. “You need to hire people who understand the community they’re dealing with.”

Bazzi added that many Arab American gas station owners are trying to get out of the business, opening up opportunities for Black businessmen to buy the stations.

Rev. David Bullock demanded that the Citgo gas station be sold, adding that he was interested in buying the property. However, Baydoun told The AANews that the owner was not interested in selling.

Vu said he recognized the businessmen’s contributions, but added that the incident was not isolated and was a result of a pattern of racist behavior toward customers.

He pointed out that he has received about 30 complaints from neighbors regarding bad behavior at the Citgo gas station alone.

He said one employee spit on and cursed at both elderly and young customers.

Another meeting participant said there were other underlying and systemic issues than Arab American business owners not hiring the right staff.

“There’s a lack of respect of different cultures between the person behind the glass and the patron coming into the store,” he said. “We feel like you guys don’t respect us and our money.”

He pointed out that employees behind the glass often speak in another language in front of a customer, often only allow a certain number of customers in at a time and sometimes raise taxes on goods.

An African American store owner in Detroit said once he took over ownership of a business, a city inspector deemed the building unsafe, although it was presented an being up to standards on paper.

Another Black activist told the Arab American gas station owners to recognize their power as leaders to create change.

“Please don’t minimize your power,” she said. “You need to talk to you community and say, ‘this is going to negatively affect us.'”

Dawud Walid, executive director of the Michigan chapter of the Council on American Islamic Relations (CAIR), told The AANews that as ongoing tensions stemming from racially-charged issues and even sexual harassment against customers arise at the gas stations, cultural sensitivity training alone won’t be the solution.

The relationship between the African American and Arab American communities has been tumultuous since Arab Americans began immigrating in large waves in the ’70s. Walid said the disconnect stems from poverty, gentrification and various socio-economic barriers and contribute to high crime rates and misunderstandings between communities.

“They rarely interact outside of transactional circumstances,” he said. “The problem between Arab and African Americans is that their relationship is always in crisis mode.”

He criticized both communities for only holding special meetings when incidents occur, instead of having honest and continuous conversations, saying that “a meeting after a crisis is nothing but emergency triage.”