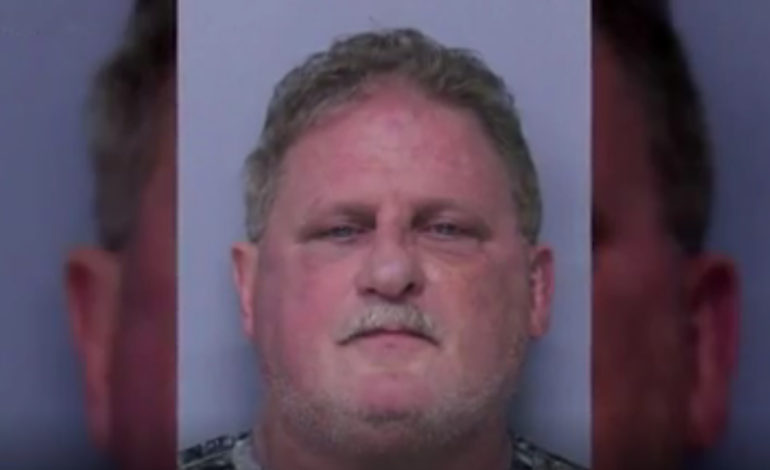 John Jay Smith, 60, got into a verbal altercation with two Muslim men before menacing them with a knife and later the stun gun

SAINT AUGUSTINE, Fla – A Florida man was arrested on Wednesday after he reportedly attacked two men he believed to be Muslims or Middle Easterners. He used a stun gun and told them they didn’t “deserve to eat American food”.

John Jay Smith, 60, got into a verbal altercation with the men before menacing them with a knife and later the stun gun, First Coast News reported. One of the men is an exchange student from Egypt.

That how the whole thing started. It was sometime past 1:30 a.m. Wednesday. The five friends were having a mini tailgate, finishing their burgers and fries while standing outside their two cars in a Saint Augustine, Florida, McDonald’s lot, when Smith started eyeing them from his truck, the men would soon tell police.

Smith was on the phone, but once he hung up he had a question for the men.

“Are you American boys?” he asked, according to a St. Johns County Sheriff’s Office arrest report.

They were not American boys. They were international students from Egypt, all between the ages of 19 and 23, Omar Abdelmoaty told The Washington Post. But they didn’t tell that to Smith.

According to the arrest report, Smith flashed his pocket knife, flicking it open and closed, and then he shouted, “Get the f**k out of my country, you don’t deserve American food!”

“At this point,” Abdelmoaty said, “we thought we were going to die.”

“We said, ‘OK, sir, we are leaving,’” 20-year-old Mohamed Galal recounted in a sworn affidavit.

They were apparently not leaving fast enough. According to the police report, Smith grabbed a stun gun from his truck to “make this quicker,” as he put it, according to the affidavit.

As the men scrambled to get back into their cars, Smith allegedly charged toward them with the stun gun drawn, pulling the trigger just to “show us that his electric shocker is working,” Abdelmoaty told police.

One of them, 19-year-old Gasser Elkady, swung open the door to the backseat of the red Nissan while Smith “put the [stun gun] behind my back.” Elkady was so frightened that he nearly slammed the door on Smith’s leg. Smith did not relent. Police say he then stuck his hand through the window and tried, unsuccessfully, to use the stun gun on Elkady again as Elkady retreated farther back into the car.

Galal was so spooked that he hit the gas with the car in reverse and struck a pole. Then he and the others peeled out of the lot and called 911.

That action startled the driver, who accidentally backed the car into a light pole. The car’s back bumper suffered minor damage.

Police arrived and Smith was arrested. He was charged with two counts of aggravated assault with a deadly weapon, one count of burglary with assault or battery and one trespassing charge.

As he was escorted to the police car, Smith reportedly told the deputies that “they killed my son” and “my son was a Marine.” He was later released on $8,500 bond.

“We don’t have any hard feelings toward him — I don’t know him — and we feel vulnerable and scared,” one of the men told First Cast News.

Chuck Mulligan, a spokesperson for the St. Johns County Sheriff’s office said that Smith could face additional hate crime charges since he is believed to have approached the victims due to their appeared religion or ethnicity.

Police selected the “hate crime” enhancement on their report, noting that the “statements made by the defendant to the victims showed that he only committed the acts due to the victim’s religion [sic],” but it is not clear if prosecutors will charge him with a hate crime in court.

Abdelmoaty said he and his friends are Muslims.