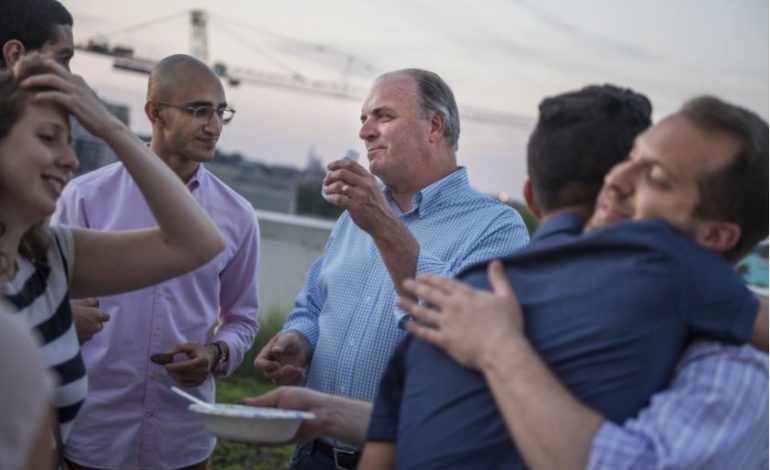 U.S Rep. Dan Kildee (D-Flint), along with his congressional staff in Washington, D.C., fasted Wednesday June 6 in solidarity with Muslims in Michigan and around the world

FLINT, Michigan — U.S Rep. Dan Kildee (D-Flint), along with his congressional staff in Washington, D.C., fasted Wednesday June 6 in solidarity with Muslims in Michigan and around the world in observance of Ramadan. Ramadan is a holy month of fasting during which Muslims may not eat or drink from sunrise to sunset.

This will be the seventh year in a row that Congressman Kildee and his staff have observed Ramadan with a day of fasting. The Ramadan fast has become a tradition for Rep. Kildee and his office since 2012, beginning on his congressional campaign as a show of support for a Muslim staffer observing the holy month.

For seventh year in a row, Kildee and staff give up food and water for a day to gain deeper understanding of the meaning of Ramadan

“Ramadan is a time for happiness and celebration for millions of Muslim Americans,” Kildee said. “This month of prayer, reflection and giving teaches us to love one another and reflect on ways we can do the most good in the communities we live in. Fasting for Ramadan with my staff has helped me to understand how meaningful Ramadan is for my Muslim friends and American Muslims across the country.

“Now more than ever, we are seeing prejudice and ignorance toward some religions, including Islam,” he added. “President Trump’s unconstitutional Muslim Ban has only intensified the hateful rhetoric and prejudice against the Muslim community. This ignorance does not reflect our American values. When you better understand a different religion or get to know somebody, you realize just how similar we all are. It’s hard to hate up close.”

Kildee and staff members each woke up Wednesday before 4:10 a.m. to eat. As in years past, he and his staff had a text chain throughout the day to share inspirational messages of support. At sunset, at 8:31 p.m., Congressman Kildee and his staff shared an Iftar dinner together. Iftar is the meal shared by Muslims after sunset during Ramadan.