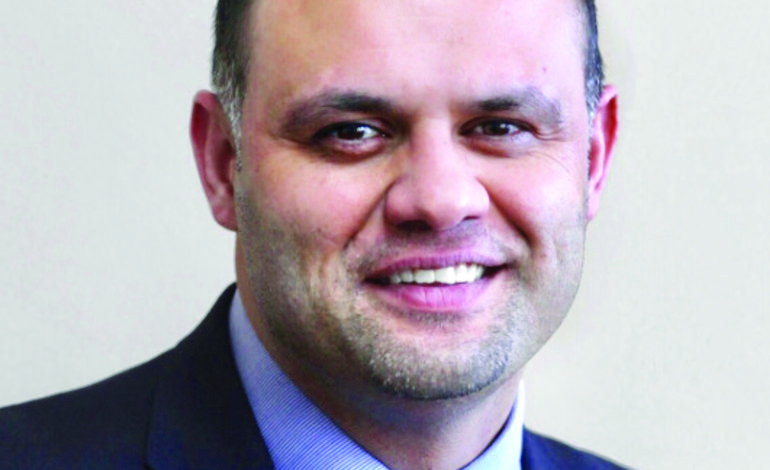 DEARBORN –  Ali Hammoud, a 38-year-old local attorney, has recently been selected to serve as a magistrate in the 19th district court, creating a trifecta of Arab American magistrates for the first time in the court’s history.

Each of the court’s three judges have the opportunity to recommend an applicant to the position. Judge Gene Hunt nominated Hammoud.

The Dearborn City Council deliberated the nomination on June 5, following a motion made by Councilman Mike Sareini and seconded by Councilman David Bazzy. Hammoud received a unanimous vote of approval.

As a magistrate, he’ll help any one of the judges decide on cases of arraignments, minor violations, tickets, small claims and minor criminal matters.

Hammoud, a practicing attorney in Dearborn for about nine years, told The AANews he was honored and ecstatic that Hunt would nominate him for the position.

He said he was ready to serve and pledged to be fair, impartial and transparent in carrying out his job.

On the significance of being the third Arab American magistrate at the court, Hammoud said it was a testament to the large number of qualified Arab American lawyers in the city – and an asset in running the court smoothly.

Nearly 50 percent of Dearborn’s population is of Arab decent, according to estimates from the Arab American Institute.

The court’s chief judge, Sam Salamey – also an Arab American – welcomed Hammoud to the team and said he was perfect for the job.

Salamey said about half of the cases handled at the court involve Arab Americans and having three Arab American magistrates is, “reflective of the population and cross-section of the community.”

However, he attributed Hammoud’s nomination to his experience, with an emphasis on the type of cases he’ll be handling at the court and on his “great judicial demeanor.”

Salamey added that Hammoud earned his way, but acknowledged that no one else had applied for the position. He cited increased college tuition costs that lead to incurred student debts for the lack of interest in public service among Arab Americans.

“It takes experience,” Salamey said. “And you must have a passion for public service to take time from your private practice. Many young professionals are beginning to realize they need to become active participants in the decision-making process and get involved in government institutions.”

Hunt, who was elected to the bench in 2016, told The AANews he considered Hammoud among “the cream of the crop” of attorneys in Dearborn.

“He’s competent, a very honest lawyer and has the right temperament to be a magistrate,” Hunt said.

He added that Hammoud’s nationality is not of great significance to the court, as Arabic translators are provided when needed, but said he picked him because he was the best candidate for the position.

Hammoud practices criminal defense law, litigating cases in state and federal courts while focusing on serious felony and misdemeanor charges. He began practicing out of his Dearborn-based firm, Hammoud, Dakhlallah & Associates, PLLC, in 2015.

Before that, he co-founded and headed the AT Law Group, PLLC’s criminal division in 2013, where he supervised five attorneys.

In 2009, he worked at Barnett Law Group in Detroit and the previous year was an intern at the Wayne County Prosecutor’s Office.

Hammoud has also been a board member of the American Red Cross Association of Michigan since 2016 and a member of BRIDGES, a coalition between community members and federal law enforcement organizations, since 2014.

He has also been a past president and is the current endorsement committee chairman of the Arab American Political Action Committee. He was also an advisory board member of the American Arab Anti-Discrimination Committee from 2010 to 2014.

Hammoud majored in political science during his undergraduate studies at Wayne State University. He earned his juris doctor degree from Thomas Cooley Law School in 2009.