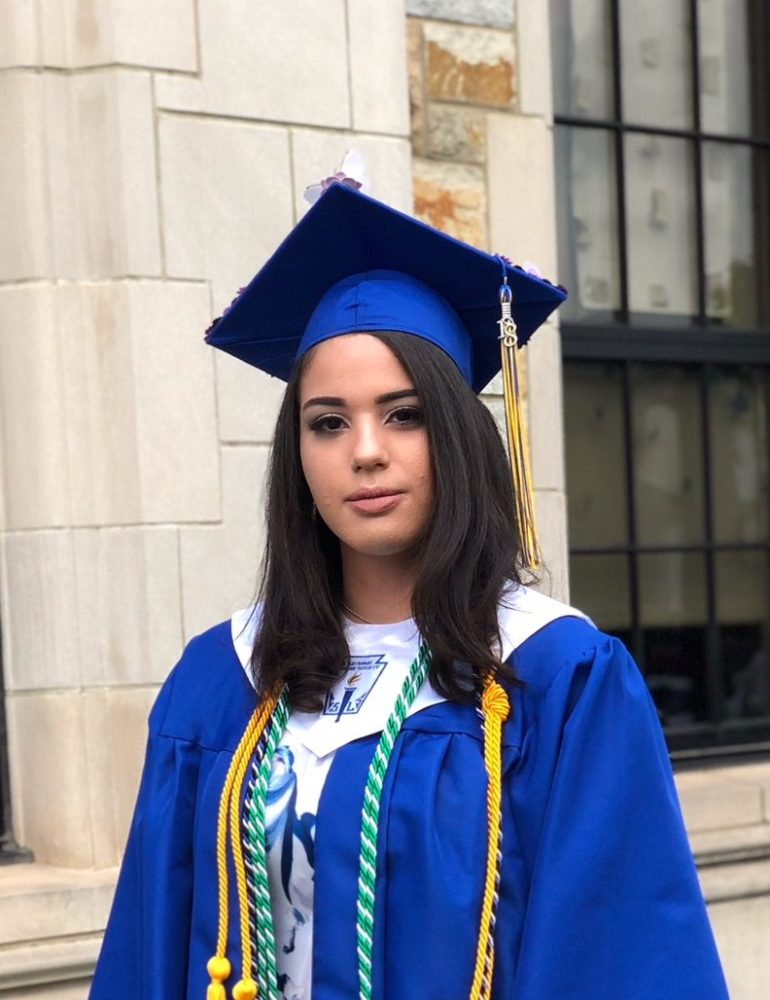 DEARBORN — Noor Fakih, a recent Fordson High School graduate, worked through a learning disability diagnoses during her last two years of high school and finished with offers from many top schools.

Fakih recently found out she’d been accepted to Stanford University, where she plans to pursue a bachelor’s degree in computer engineering. She has been awarded scholarships that include tuition and room and board, mostly through the Stanford Fund Scholarship.

She’s still coming to grips with all the interest from such prestigious schools.

“It’s been a month since I found out and I still haven’t fully processed it,” she said.

Fakih has been an exemplary student at Fordson since her freshman year.

She was immediately accepted to the Dearborn Center for Math, Science and Technology (DCMST), a magnet high school program for the Dearborn Public School system that provides a stimulating curriculum for high achieving students.

“She has done more in terms of building her skills set than any other student, male or female.” -Kimberly Shawver, Fakih’s computer science teacher

She attended DCMST on a half-day basis for all four years of high school while continuing her studies at Fordson.

“She just became a little sponge,” Shawver said. “Everything new, she just absorbed. She was just so interested in learning and making sure that she understood.”

Shawver said by the time Fakih became a senior in high school, she’d moved past most of the classes DCMST could offer, and Shawver advised her on which computer science classes she should enroll in at Henry Ford College.

“She took multiple programing and computer science classes at Henry Ford College,” said Shawver, who sits on the advisory board for computer sciences at HFC. She also said Fakih was brought up at meetings for being such an enthusiastic and dedicated student.

“She has done more in terms of building her skills set than any other student, male or female,” Shawver said, adding that Fakih is a great role model for the younger students in the program at DCMST.

Fakih said she noticed she had trouble focusing on her studies at the beginning of her junior year.

“I would write a couple of sentences for my research paper and then I’d just over and do a calculus problem, stop midway, then go and do my AP government work,” she said. “I was jumping back forth, I think because I had overloaded myself.”

Fakih was diagnosed with Attention Deficit Hyperactive Disorder, which manifests as symptoms like difficulty paying attention and excessive activity.

After her diagnosis, she said studying math and computer science helped her deal with the disorder.

“People typically stereotype ADHD with low grades,” she said. “But my doctor said it makes sense that the way I like to apply myself to problems, the way I like to think, that it helps me with my concentration. That’s because there’s so many different approaches, my mind can focus on all of them and jump through each to solve the problem. It actually helps me in a way.”

Fakih has continued to excel in her math and computer science curriculum at DCMST; in the last four years, she’s learned eight different computer coding languages.

“You approach a problem and there’s always an answer,” Fakih said, adding that she loves the independent nature of math and sciences. “You just find your own way to get there.”

Swimming on the Fordson varsity team was another helpful source of inspiration. She said it clears her mind and makes her focus on the physical.

She became swim captain her senior year. She is also a lifeguard at Dunworth Memorial Pool and the Ford Community and Performing Arts center pool, both in Dearborn.

“In the end it’s all you,” she said. “You get to choose how much you want to push yourself. When you’re swimming it’s only you and your thoughts. There’s a process; there’s a method; it’s a race with yourself.”

Fakih said her parents have stood by her and helped her through by giving her “tough love”, with the independence to choose who she wants to be.

“I grew all that I could in Dearborn,” she said. “If I wanted to grow further and explore more, I couldn’t do it anymore here or in Ann Arbor.”

She said her family is very excited for her to go to Stanford and gain new experiences while she pursues her passion in computer science.