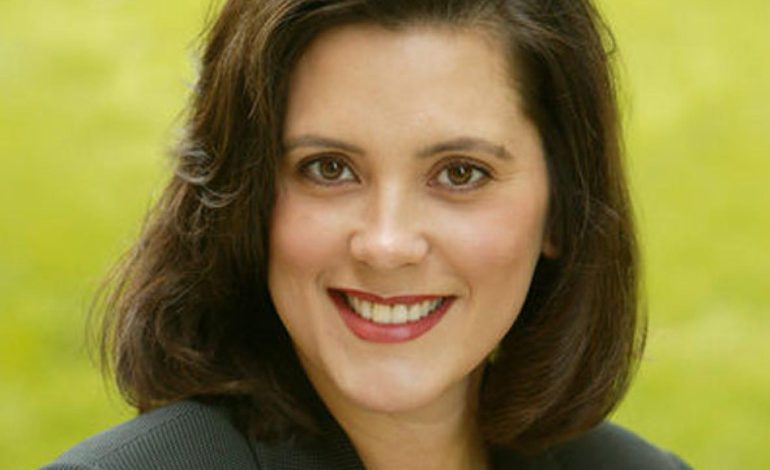 The former legislative leader said she “fought for working families” in the State Senate, where she helped to raise the minimum wage and expand Medicaid health insurance to more than 600,000 residents.

She said there is more to be done, though, such as spending to boost workers’ skills and repealing the “retirement tax.” In the 30-second ad, she references a 2011 Republican-led tax overhaul that eliminated or reduced exemptions from the taxation of pension and retirement income.

“Build a Better Michigan accepts unlimited funds from corporations to support their candidate,” Abdul El-Sayed, another Democratic gubernatorial candidate, said in a statement about Whitmer’s ad. “As a legislator, Sen. Gretchen Whitmer voted 98.1 percent of the time in favor of using taxpayer money to give out big corporate handouts. For years, Sen. Whitmer has spoken for the corporations, and now they’re speaking for her. Her corporate backers are are using Build a Better Michigan to reward her with a $1.8 million dark money TV buy to help her get a promotion. We’re watching a Democrat use Republican tactics. It’s everything that’s wrong with our politics.

“This is evidence that the corporate lobbyists are getting worried about the strength of our movement,” El- Sayed’s release continued. “Whitmer supporters like Blue Cross don’t want to see our Michicare plan for state-level single payer take hold because it cuts into their huge profits. And Sen. Whitmer backs them over the rest of us … I am calling on Senator Whitmer on behalf of the people of our state to disclose both her contributions and Build a Better Michigan’s contributions immediately in the name of transparency and accountability.”