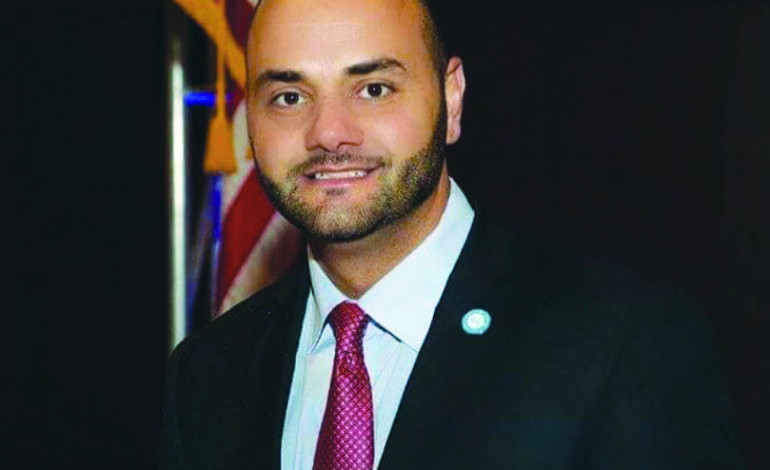 “Assad epitomizes what a public servant should be: Selfless, hard-working and committed to getting things done with integrity,” Evans said. “He’s been instrumental to the success we’ve had over the past three years and I look forward to seeing what he accomplishes in this expanded role.”

Turfe previously held the position of chief assistant to Evans. He said he started his career in public service 15 years ago as a jail deputy, later becoming a lieutenant.

“I’ve worked my way up the ranks one step at a time,” Turfe told The AANews. “I’m honored and I’ve had a lot of support on the way. I’m looking forward to this opportunity to continue serving.”

He said most of his career has been in public service and he considers this promotion a tremendous opportunity to make a difference.

“I consider myself a representative of all of Wayne county, a part of every community,” he said. “I came from Dearborn. When you’re a part of a minority, I think you have an obligation to that minority— and all minorities— to set an example for future generations.”

According to Turfe, the Wayne County Sheriff’s Office has a lot of open positions in the county jails, which could mean opportunities for individuals who want to become more involved in government.

“One thing that is never fair across the board is opportunity,” he said. “I’ve always had a passion for giving opportunity to folks who typically don’t get it … The government is in the service of assisting people and I think sometimes people lose sight of that.”

Turfe said someone asked him recently if he would change now that he’s been promoted.

“I am truly humbled by the outpouring of support I have received regarding my recent promotion,” Turfe said on facebook. “I would like to give special thanks to Wayne County Executive Warren C. Evans for putting his faith in me and giving me this tremendous opportunity to serve as his chief of staff. I have dedicated my career to public service, and it is with great honor that I continue to serve at the pleasure of Mr. Evans and the citizens of Wayne County. Thank you, all.”