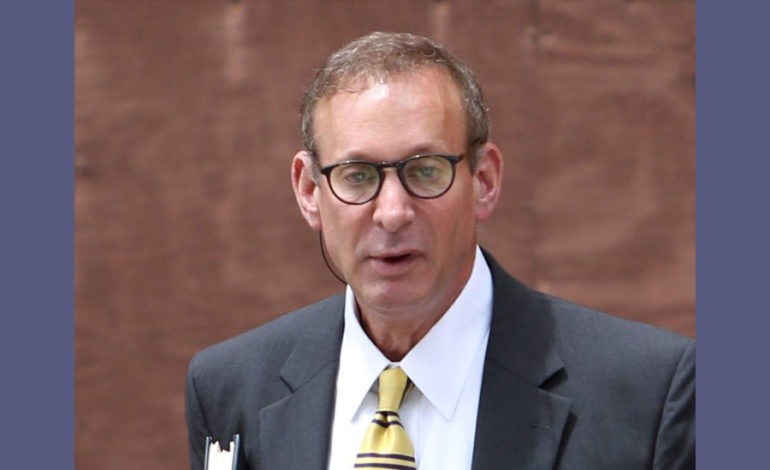 David H. Howardthreatened to burn a Davis Islands house down if Asgar and his wife, Muslims of Indian descent, bought it.

TAMPA — Kaderbhai Ali Asgar choked up as he told the courtroom what Islam means to him. It is a religion of love and peace, he said.

Just a feet away from him sat David H. Howard, the man who had threatened in November 2016 to burn a Davis Islands house down if Asgar and his wife, Muslims of Indian descent, bought it.

Howard, 59, also addressed the judge. But his words weren’t enough to avoid a punishment for a hate crime that interfered with the couple’s housing rights.

U.S. District Judge Mary S. Scriven sentenced him to eight months in prison and two years of supervised release. She also ordered him to pay $30,000 in restitution.

The Asgars were taking a final look at a $658,000 home on Davis Islands in the fall of 2016 when they encountered Howard, who told them they were not welcome.

“This sale will not take place,” he said, according to court documents. “I will break all of your f—— windows and I will burn your f—— house down.”

The couple was wearing traditional Indian and Muslim clothing as they toured the home at 632 Luzon Ave. with the woman’s elderly parents a day before closing, when Howard appeared and accosted the homeowner and prospective buyers.

The family canceled the sale the next day, losing their $30,000 deposit.

“In targeting his victims based on the arbitrary characteristics of race and religion, Howard invoked the fears of racial violence and religious prejudice feared by many Muslim Americans,” Assistant U.S. Attorney Josephine Thomas wrote in a sentencing memorandum.

Scott Boardman, Howard’s attorney, cited the defendant’s health issues in his argument for probation over incarceration.

“I have a terminal illness,” Howard asserted. “I’m dying of AIDS.”

He has lost 35 pounds in the last year, Howard said, and was taking testosterone supplements to combat the weight loss. It was the steroids, he said, that caused his outburst.

The judge reminded Howard about his sworn testimony in a related civil suit. He had said he would have gotten a “ticker tape parade” in New York for his comments to the Muslim couple.

Was he blaming medication, the judge asked, when he told a lawyer in the civil suit that most people would prefer to have a “regular American family” join the neighborhood?

He acted wrongly toward the Asgars, he said, but was no racist.

“I’m a good person. This incide

nt just happened, and I wish I could undo it,” he said.

Herbert Donica, who owned the home the Asgars were attempting to buy, said he “could never have estimated the emotional impact” of the incident. When he gets home, he checks the street for Howard. The Donicas have installed a new security system and bought pepper spray. Howard going to prison would give the neighborhood relief.

“We would like some breathing space,” Donica told the judge.

A civil case that arose from the incident is still pending in Hillsborough Circuit Court.

In his deposition for that case, Howard said that he lost a family member in 9/11 and “wasn’t crazy about Muslims.”

Howard is on house arrest until the Bureau of Prisons takes him into custody. The judge asked that he be sent to a federal prison in Butner, N.C., that treats inmates with serious medical conditions.

In addition to the prison time, restitution and probation, Howard will also have to participate in a substance abuse program and a mental health program. He cannot go within 25 feet of the Donicas — who live one house away from him — and cannot go within 1,500 feet of the Asgar family.

On Tuesday, as the crowd dispersed outside the courtroom, Donica and Asgar embraced.

“I’m very happy that the judge did a very fair judgment,” Asgar said.