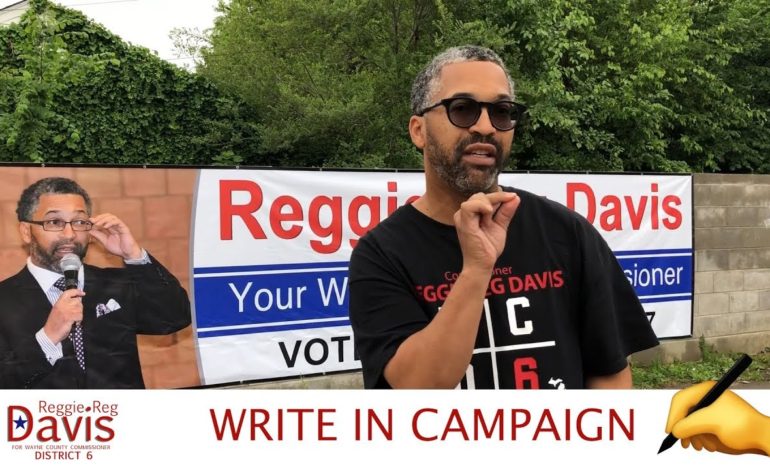 DETROIT — Reggie “Reg” Davis, who was appointed as a Wayne County commissioner in January, has been taken off the August primary ballot after his opponent, Monique Baker McCormick, challenged his eligibility.

Wayne County Clerk Cathy M. Garrett said she was upholding the challenge that Davis, in his bid to run for commissioner of District 6, failed to provide his full former name on his affidavit of identity. According to his attorney, Melvin Butch Hollowell, Davis legally changed his name from Reginald Gary Davis Jr. in March 2009.

Davis was appointed to fill the seat of former Commissioner Burton Leland, who resigned in January. Leland subsequently died on Feb. 25.

McCormick also challenged Davis’ residency, saying he listed a home address that is also business on his affidavit. Garrett didn’t uphold that challenge.

In a letter dated May 15, Garrett said she couldn’t certify Davis as a  candidate for the seat and deemed the affidavit incomplete.

Hollowell said he appealed her decision with the Board of State Canvassers. He said it prevents voters from choosing their preferred candidate.

“We think all the boxes were properly filled out and we expect this decision to be overturned promptly,” he said.

He also said he doesn’t believe Garrett has the authority to remove a candidate from the ballot based on anything outside those legal requirements.

Davis previously served as a deputy district manager in District 1 for Detroit’s Department of Neighborhoods. In 2009, he was elected to the Detroit City Charter Revision Commission and served for three years.

The is McCormick’s sixth attempt to run for the District 6 commission seat. She challenged Leland in the past five elections.

She said Davis should have included his former name on his affidavit.

“If you change your name, sometimes there are discrepancies as to who that person really is or who he was,” said McCormick, who is a real estate broker and U.S. Army veteran. “I think that it’s more important because you could be an ex-con or someone that committed crimes and no one would ever know if you didn’t list your former name. That’s why the law was created, so we know who we are voting for.”

Hollowell said the Board of State Canvassers will likely make a decision on his appeal at a meeting Thursday.