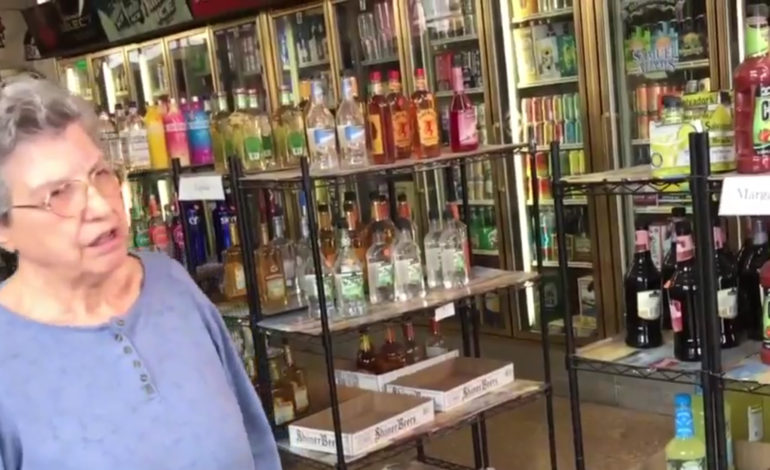 Katina Gatchis, at her liquor store in Capitol Hill.

DENVER — When Craig Caldwell wanted to sublet a space to a Muslim restaurant owner, his landlord turned the deal down. He was so shocked at the reason she gave that he used his cell phone to record two conversations with her.

His landlord said find an “American person”, according to the recordings.

The recordings, which are part of a discrimination lawsuit, add to rising number of incidents and complaints about racism, bigotry, hatred and other bias across Colorado in the last two years — and a national trend where events are captured by cell phones.

Caldwell, who runs White Fence Farms, a Denver-area chicken restaurant, recorded his landlord, Katina Gatchis, in December at the liquor store she runs in Capitol Hill.

“American person, I need,” Gatchis replied. “Good like you and me.” When Caldwell closed a corner store version of White Fence Farm at 9th Avenue and Corona Street in Denver, he found a team to take over in a sublet — the Khans, who own Curry N Kebob in Boulder. They’re Muslim and of Bangladeshi descent.

“They bring all the Muslims from the Middle East and then I have a problem around here,” Gatchis told Caldwell on tape. “Bomb, boom. Bomb, boom.”

She added, “This kind type, they are very dangerous, extremely dangerous.”

The tapes are at the center of a lawsuit filed in Colorado District Court in Denver. It argues that it was unconstitutional for Gatchis to deny Caldwell’s request to sublet to the Khans. It says that Gatchis discriminated against the Khans’ religion, race and national origin.

“This type of discriminatory behavior, these turnaways, are part of our legal history — it has been thoroughly examined and wholeheartedly rejected,” said one of the attorneys for Caldwell and the Khans, Qusair Mohamedbhai, with the Rathod-Mohamedbhai law firm in Denver. “When minority communities are completely locked out from certain aspects of society, from commerce and business opportunities, it keeps an entire community down.” Reached at her liquor store, Gatchis gave the phone to her son, who declined to comment, referring KUNC to defense attorneys. Only one of Gatchis’ four defense attorneys, William Short, could be reached after several calls and emails went unanswered.

“Sir, I have a trial tomorrow. I have no comment. Thank you,” Short said via phone, hanging up before any questions could be asked about the case.

In court filings, Gatchis denies the allegations that she wrongly discriminated against Caldwell and the Khans. She also denied all the statements on Caldwell’s tapes.

‘More emboldened to act out’

In a small strip mall in Boulder, a sign at Curry N Kebob advertises a lunch special for $8.95.

Inside the tiny kitchen, a cook hovers over a deep fryer. Another stirs pots on a stove. Co-owner Rashad Khan said he aims to stay true to the family recipes.

“We even make our own cheese and yogurt from scratch,” Khan said. Craig Caldwell and Rashad Khan standing outside of Curry N Kebob in Boulder.

His accent is American and he immigrated to the United States when he was a boy. His dog is named Ralphie, after the University of Colorado’s mascot, because that’s where he went to college.

After college, he went went into corporate life—  IT, sales and management — but decided to return and help transform his family’s Indian restaurant into something with a more fast-casual vibe. Curry N Kebob, he said, is ready to branch out. Denver’s diverse Capitol Hill, a neighborhood he knows well and loves, would have been perfect.

“It made all the business sense in the world,” Khan said. “There 450,000 people within five square miles and the money is right there; people who have a certain amount of disposable income.”

Caldwell agreed. The Khans’ financials show they could afford the risks and, even if they ran into trouble, Caldwell would be responsible.

That still wasn’t enough to sway Gatchis, the landlord.

On tape, Caldwell told Gatchis of Khan, “He’s stronger [financially] than I am.”

“Yes, he is,” Caldwell replied.

“Well, I don’t know about that,” Caldwell replied.

“So if I get anybody, as long as it is not a Muslim, I’d be OK?” Caldwell asked. Rashad Khan is a Muslim of Bangladeshi descent

Both Caldwell and Khan say they are ready to fight in a case that could go to a jury trial next year.

“It was 50 years ago today that I went into the U.S. Army,” Caldwell said. “I got drafted and it was 1968. That’s the reason you go in. You fight for your country. You go to Vietnam and stuff like that is, you know, so these kinds of things don’t happen. I mean this is America and this is unacceptable.”

Khan said the most upsetting part of hearing the recording of Gatchis, is the part where she says she wants an American to sublet the space.