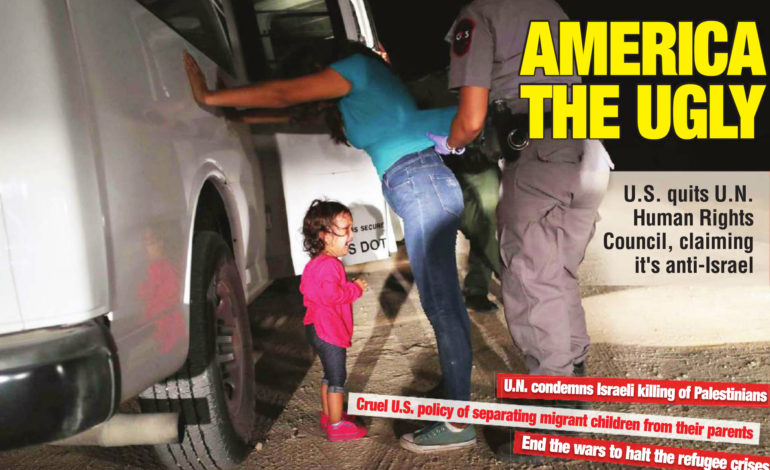 WASHINGTON/MCALLEN, Texas —On Thursday, President Trump ordered federal agencies to begin reuniting immigrant families recently separated at the U.S.-Mexico border, but his efforts to roll back a policy that drew global condemnation were beset by confusion.

Despite Trump’s order, it remained unclear how and when more than 2,300 children who have been separated from their parents in the past few weeks would be reunited with them, and where the families would be held while the parents face criminal charges.

It was also not clear if the government would keep prosecuting cases against people caught crossing the border illegally.

While prosecutors said they were not dismissing any cases, some hearings on Thursday did not proceed as scheduled. In McAllen, Texas, 17 immigrants were told by their public defenders that their cases were not proceeding for now.

Separately, the U.S. military was asked by the government to get ready to house up to 20,000 unaccompanied immigrant children at military bases, Pentagon spokesman Lt. Col. Jamie Davis said.

Video footage of children who had been separated from parents sitting in cages and an audiotape of wailing children had sparked worldwide anger over Trump’s “zero tolerance” immigration policies.

The fierce criticism forced Trump to backtrack and sign an executive order on Wednesday to keep families together in detention during immigration proceedings.

But the olive green jacket she wore as she boarded the plane for Texas — daubed with the words “I REALLY DON’T CARE, DO U?” on the back — appeared to undercut the message of compassion.

The White House responded to criticism by saying there was no hidden message.

“It’s a jacket,” said Stephanie Grisham, Melania Trump’s spokeswoman. “After today’s important visit to Texas, I hope the media isn’t going to choose to focus on her wardrobe.”