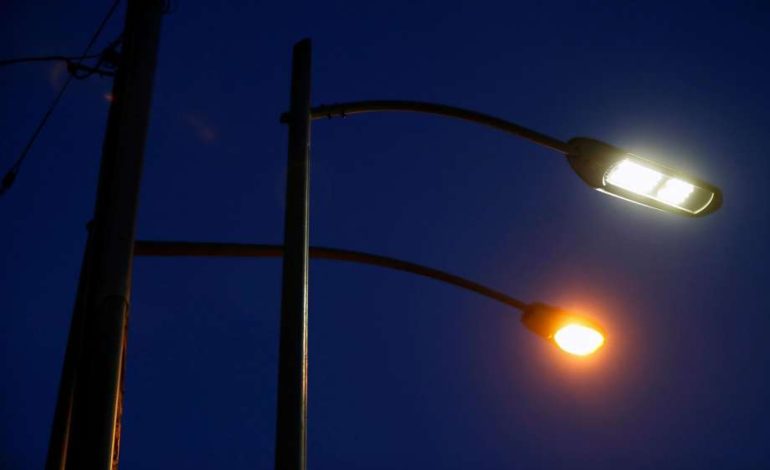 DEARBORN — Some of the streets in Dearborn seem inadequately lit at night.

A few residents’ concerns included the poorly-lit neighborhoods with dim lighting behind William Ford Elementary School and on Donald Street. Some in the community have claimed that there’s a correlation between poorly lit streets and carjackings, while others may think that there is an ordinance against street lighting in order not to disturb residents at night.

During a police press conference held on June 25 regarding updates to several major crimes, Police Chief Ron Haddad acknowledged that some streets need more lighting. However, he did not think there was a correlation between poorly lit streets and carjackings, nor did he affirm that there is an ordinance against street lighting in regards to avoid disturbing residents at night.

There are two different approaches to addressing the issue according to Councilman Mike Sareini: If a block lacks adequate street lighting, the City Council would need to conduct a study of that block. If the study determines the street lights are too dim, the Council would then file a report with DTE Energy requesting the company to fix the problem; this process would involve construction in order to wire the electricity.

The other approach would include the replacement of malfunctioning bulbs.

A resident with concerns about street lights would need to contact both the City Council and the Department of Public Works. After that, the Council would investigate.

“You won’t see too many lights in the street blocks because of the infrastructure and the way the street is designed,” Sareini said. “And we cannot simply wire the lights to get to the middle of the block where lights are not usually designed in the interior.”

Sareini said most of the light poles were set up years ago in street corners and intersections; it’s a system for following the driving policy at night.

“We could deviate from those circumstances in situations where the street lighting is really poor,” he said. “The city of Dearborn pays the portion to DTE Energy, where DTE Energy performs the construction work.”

Sareini further explained that Dearborn pays millions of dollars for the lights, from citizens’ taxes. Yet, this would be lessened in the near future since there are plans to convert to LED lights in a few years, which is expected to lead to a significant cost reduction.