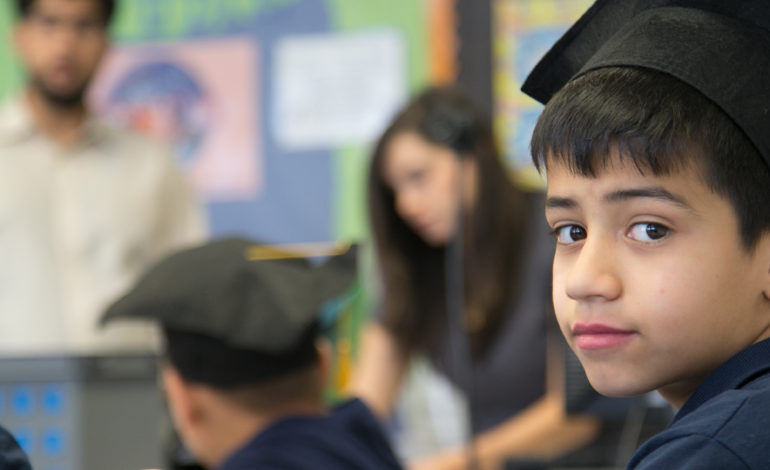 “It is great news to know that a wide percentage of our students passed within the first year,” said Dr. Wafa Hassan, the director of the Arabic and culture department at GEE. “I think students will become more and more inspired every year, and I’m very proud of the students who took the time to take the test and achieved the award.”

The Seal of Biliteracy is an award given by a school, district or state to recognize students who have studied and attained proficiency in two or more languages by high school graduation. It is used to encourage students to pursue biliteracy, to honor the skills students could attain and can be evidence of skills that are attractive to employers and college admissions offices.

Michigan is one of 27 states to implement the Seal of Biliteracy program. It did so during the 2017-2018 school year.

The students awarded the Seal of Biliteracy were honored at graduation and presented with their certificates. They demonstrated the abilities to successfully meet the requirements for the English language subject and fluency in a second language.

Hassan expressed her jubilation by emphasizing the importance of the Michigan Seal of Biliteracy and the Arabic language.

“Arabic is one of the most used languages in businesses globally,” she said. “It is very significant that our students are fully bilingual and can bring use to their language in Arabic in their future careers and endeavors.”

She said she hopes to see all students become global professionals who are able to communicate within the Arabic — or any other — language; she and her students feel empowered to know that their language is very valuable. She said she looks forward to seeing the number of awards awarded in Michigan to increase.

Hassan also works to spread awareness of bilingual literacy and appreciation of culture. Since 2007, she has been director of a program known as Startalk, a summer workshop on the teaching of Arabic. Teachers are trained in Arabic instruction and students are invited to volunteer. Classes are created and the students serve to help the teachers implement new methods.

As a workgroup committee member of the Michigan Seal of Biliteracy board and a representative of the Michigan Department of Education District 18, Hassan encourages the community to teach its children to be engaged in the Arabic language.

“By teaching our children early enough, a child can grow to analyze and understand information and communicate on a more professional level,” she said.