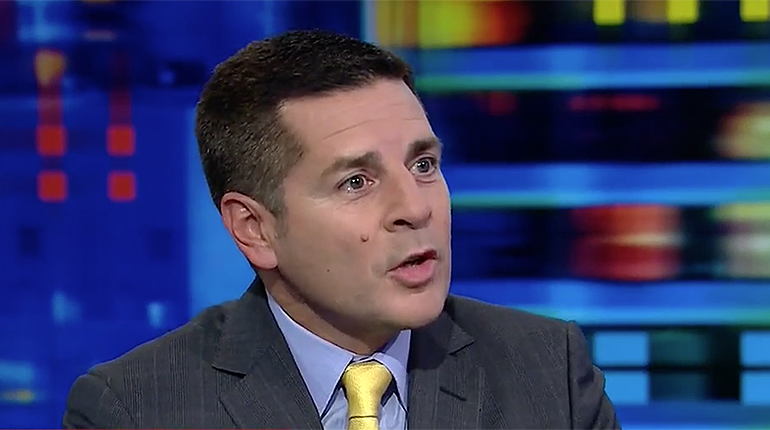 COLUMBUS, Ohio — A federal district court here issued an entry of default against an American neo-Nazi in a lawsuit filed by an Arab American comedian, Dean Obeidallah, who said Andrew Anglin and his website, The Daily Stormer, published fabricated information claiming Obeidallah was a “terrorist mastermind.”

Tuesday’s default entry did not specify how much in punitive damages Obeidallah can collect from Anglin, which will be up to the judge to determine in the final decision. Anglin did not show up in court to defend himself.

“If you are a Muslim American and doing something in the public eye, you are subjected to so much garbage” – Dean Obeidallah, Arab American comedian

Obeidallah filed a lawsuit in August 2017 after Anglin, a Columbus area resident, alleged in a post on the Daily Stormer website that Obeidallah confessed in a tweet to being the terrorist mastermind behind a May 2017 attack at an Ariana Grande concert in Manchester, England. According to the suit, a June 1 Daily Stormer article claimed that Obeidallah “masterminded” the May 2017 attack and included carefully doctored images from Obeidallah’s Twitter account which seemed to show the comedian confessing to his involvement and saying he hoped the injured survivors would die in hospital, among other things. Obeidallah said after he filed the lawsuit that he has received numerous threats of violence and death as a result of the article, which also encouraged readers to “confront” the comedian and provided a widget linking to Obeidallah’s Twitter account, potentially for the sake of tracking the comedian’s activities and movements.

Obeidallah and his lawyers vehemently denied the allegations, stating in court filings that Anglin created fake tweets in Obeidallah’s name claiming responsibility for the attack, for which ISIS claimed responsibility.

The lawsuit filed in cooperation with the nonprofit group Muslim Advocates and Ohio’s Chandra Law Firm, LLC, alleges, “With malice and reckless disregard, defendants published false statements asserting that Mr. Obeidallah is a terrorist and fabricated evidence to support those false accusations.” Johnathan Smith, legal director of Muslim Advocates, said Obeidallah sent a letter to Anglin on June 15 of last year, requesting that the article and its violence-fueled comment section be taken down, but received no response from the Daily Stormer publisher.

“I have very thick skin, and I’ve been called everything,” Obeidallah said at a press conference when the lawsuit was filed. “As a Muslim comedian, being called a terrorist comes with the territory and I’ve [repeatedly] been told to go back to my country, which is New Jersey, but they love saying it. That’s the world we live in today, but I’ve never had death threats before. And the difference is that Daily Stormer readers have committed violence.”

Obeidallah described messages and images he’s received which threaten to hang him, invite him to look down the barrel of a gun and call him a range of racist and other derogatory slurs that refer to Muslim but also other ethnic groups.

Obeidallah is a prominent Arab American comedian who tours the country and writes commentaries for CNN, the Daily Beast and other U.S. mainstream media. He is a native of New Jersey, but currently lives in New York. He sued for libel, false light invasion of privacy, infliction of emotional distress and conspiracy.

His suit argues that the article was posted so Obeidallah would be the target of violence and to injure his reputation.

Obeidallah who hosts The Dean Obeidallah show on SiriusXM satellite radio, said on his show that “the election of [President] Donald Trump emboldened people who used to be in the shadows of society.”

Obeidallah also commented on how serious the situation is today for many Muslim Americans, especially public figures like himself.

“If you are a Muslim American and doing something in the public eye, you are subjected to so much garbage,” he said.