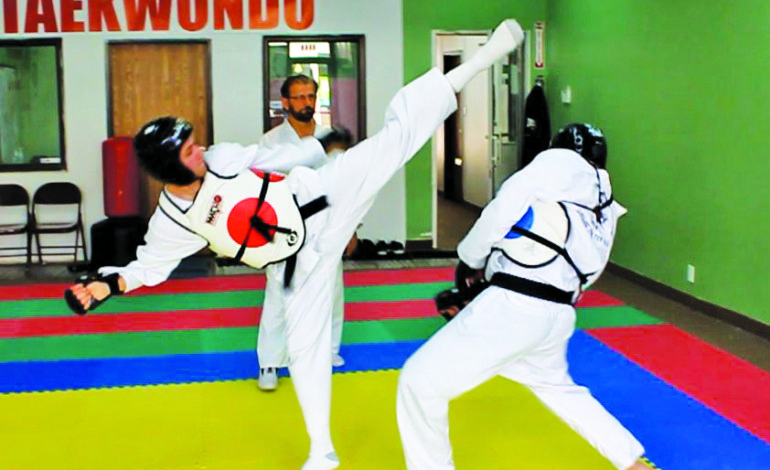 DEARBORN — Since 1979, Grandmaster Kassem Zriek has elevated his students to train in taekwondo and process techniques with more prosperity and diligence.

Taekwondo is an evolving South Korean martial arts sport involving many techniques beyond physical exercise; it also relies on combat philosophy and self-defense. The sport applies a moral focus on the ways of thinking and an ideal society through self-imposed discipline and respect.

“Most of the younger children that come to train (here) are either kids who have struggled with self-doubt and/or lack confidence,” said Zriek, grandmaster and owner of Zriek’s Taekwondo School. “Parents come in hoping that their child will learn self-discipline and will be instilled with more confidence.” Zriek weaves five main components into practice: Respect, discipline, self-confidence, self-control and self-defense. He stressed the true emphasis of being a coach and stated that a coach must have trust in his/her students and must have sharp attention. He also said it’s crucial that a coach instills self-confidence and acknowledges an athlete’s strengths and weaknesses.

Street-style taekwondo, as Zriek explained, is a technique he teaches knowing there are no rules in street fighting; he further emphasized that he does not encourage street fighting, but said he believes it’s important to have respect alongside the capability of self-defense.

He also said the sport boosts a person’s confidence and helps him or her face the real world, as well as benefitting that person’s character.

He begins by teaching his young and/or beginner trainees balance, stance and focus; it is then very important to learn the form of the exercises and form of the sport, which he calls “fight in mind.” He said that form comes and goes in a matter of time. Students would then advance to other training methods, including self-defense and more.

“Even though I like to incorporate my own techniques alongside the training exercises, I never like to place any extra pressure on the athletes and the parents,” he said.

Zriek has more than 50 years of experience with taekwondo and he teaches students of diverse age groups ranging from 4 to 45. He teaches at his taekwondo school in Dearborn and at Hype Athletics in Dearborn Heights, and he has worked within other institutions/gyms, including ACCESS, in the past.

“Hadi (Mohamad Zriek) has been training for a while, and he has immersed to become more committed within the last two years and has attended practice regularly,” Zriek said of his son. “He has gained more focus and speed.”