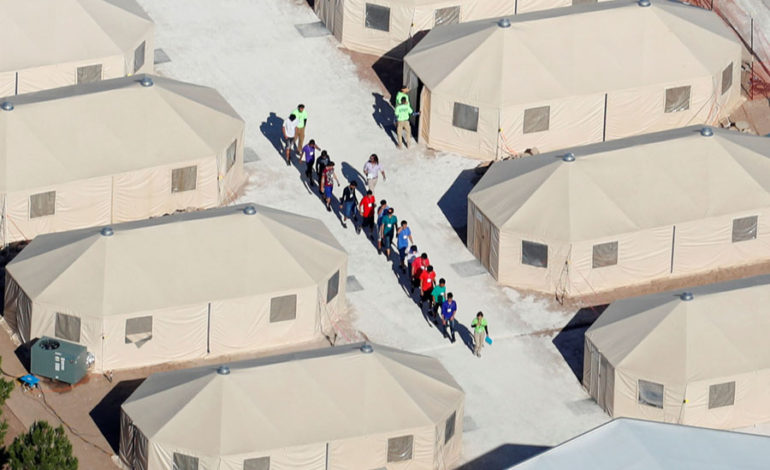 Immigrant children, many of whom have been separated from their parents under a new "zero tolerance" policy by the Trump administration, are being housed in tents next to the Mexican border in Tornillo, Texas, June 18 - Reuters

WASHINGTON, D.C. — The U.S. government is moving some immigrant parents to detention sites closer to the young children from whom they were separated while crossing the U.S.-Mexico border to meet a court-imposed deadline to reunify families, Secretary of Health and Human Services Alex Azar said on Thursday.

To speed the reunification process, the Department of Homeland Security is relocating parents of children under 5-years-old to detention facilities close to their children, “so that we can as expeditiously as possible reunite the children with their parents to meet the court’s deadline,” Azar said.