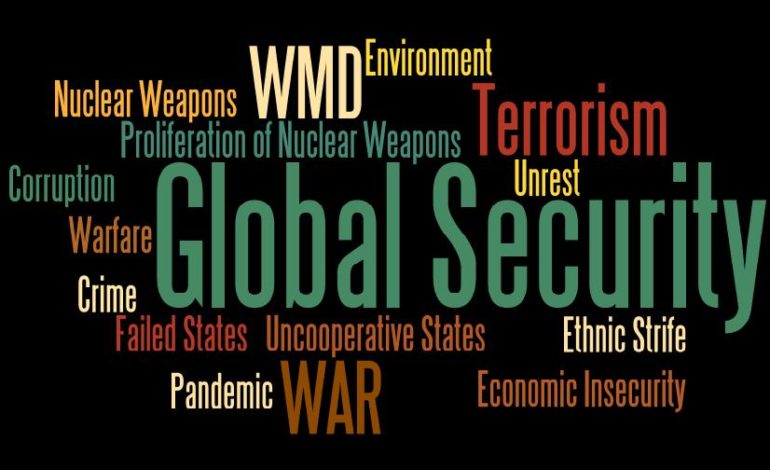 LONDON – Most people think the world is more dangerous today than it was two years ago as concerns rise over politically motivated violence and weapons of mass destruction, according to a survey released on Tuesday.

Six out of ten respondents to the survey, commissioned by the Global Challenges Foundation, said the dangers had increased, with conflict and nuclear or chemical weapons seen as more pressing risks than population growth or climate change.

The results come as NATO leaders prepare to meet in Brussels on Wednesday amid growing tensions between the United States and fellow members over defense spending, which some fear could damage morale and play into the hands of Russia.

“It’s clear that our current systems of global cooperation are no longer making people feel safe,” said Mats Andersson, vice chairman of the Global Challenges Foundation, in a statement.

Less than a third of the nearly 5,000 respondents reported feeling less concerned about weapons of mass destruction.

“War is more likely,” said Dr Patricia Lewis, director of international security at the think tank Chatham House. “We have a great deal of instability and that is so often a precursor to wars.”

“Two large powers are disrupting the established rules. We saw the invasion of Ukraine by Russia and we see the U.S. starting a trade war, ripping up agreements which the rest of us are trying to abide by,” said Lewis.

Founded to deter the Soviet threat in 1949, NATO is based on deep cooperation with the United States, which provides for Europe’s security with its nuclear and conventional arsenals.

It has found renewed purpose since Russia’s 2014 annexation of Crimea, sending battalions to the Baltics and Poland to deter potential Russian incursions.

The survey findings are based on responses from more than 10,000 people in 10 countries surveyed by polling firm ComRes in April this year.

The Global Challenges Foundation promotes discussion of the greatest threats to humanity – issues that could wipe out more than 10 percent of the population – in order to find solutions.