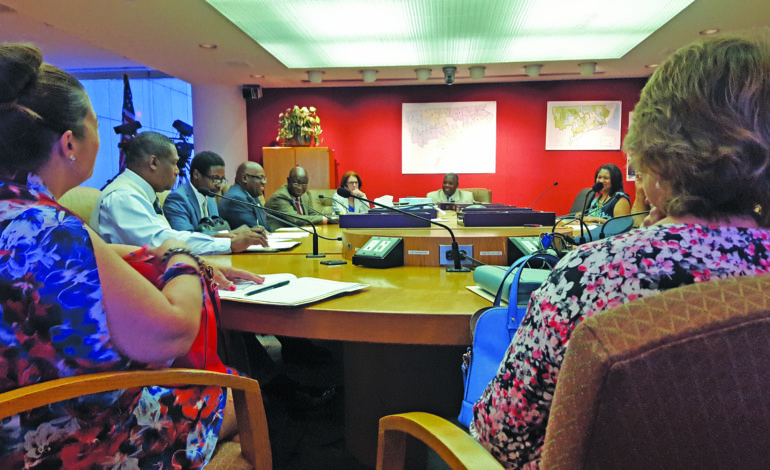 McCalister initiated the Mental Health Task Force on May 4. Its primary purpose is to help individuals and families in the Metro Detroit area gain better access to mental health services among key stakeholders.

“The main thing is that I don’t want this (workshop) just to come to the table and task force,” said McCalister, who represents District 2. “I want us to start getting out to the community because that is where we are really needed.”

McCalister stressed the importance of taking a holistic approach in dealing with individuals with a mental illness and opened up the floor with the first topic of discussion: What would a workshop look like and how it would take place?

Kamal Khalil, a researcher and doctor in psychology and wellness, suggested to try communicating an academic curriculum for non-medical professionals. He added that it’s important to clarify the agenda and add as a curriculum a kind of “Mental health for Dummies”, which would be a more accessible resource for people. Khalil also mentioned the significance of having resource lists in many institutions such as mosques and churches so that individuals could have those on record; people would possibly reach out in times of crisis.

Development Centers CEO Catherine Liesman, who holds a Ph.D. in psychology, said a mental health workshop is needed in every community and should be accessed across Detroit in different areas.

Different levels of care were also discussed during the meeting.

While stigma and awareness are associated with mental health concerns, McCalister said being culturally sensitive is important in order to not offend anybody or violate the cultural and ethical needs of community members within a diverse district.

Commander Todd Bettison, deputy chief representative and deputy sheriff of the Detroit Police Department, suggested incorporating technology and the media in order to reach out to families and educate the community on mental health concerns. He further elaborated his point and suggested creating a credible app that could easily be accessed.

She further stressed that it is not only important to educate the children about mental health issues and awareness, but it is also crucial to educate the parents, teachers and service providers.

“You don’t know what might happen when there is a mental health issue,” she said. “A person can hurt themselves; a person can hurt someone else, and it should be dealt with.”