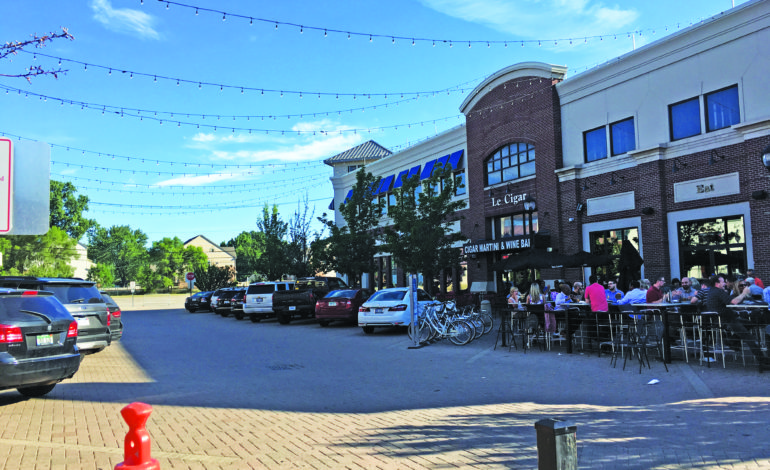 A cafe in downtown West Dearborn - Photo by The AANews

Dearborn — Dearborn has long been known as the hub for all things Middle Eastern. From Lebanese, Iraqi and Yemeni restaurants and grocery stores to cafes, bakeries, mosques and a museum highlighting Arab culture and way of life, many Arab Americans find everything they’re looking for in the city once nicknamed “Little Beirut.” But for a younger generation of Arab Americans not living in Dearborn, the question of whether the city still serves their interests has to be raised.

“I go to Dearborn very rarely,” said Nadine, a 19-year-old Troy resident. “Occasionally I’ll go grocery shopping with my parents at Dearborn Fresh and maybe once a month I have dinner with my family at Habib’s, but other than that I don’t really have a reason to be there.”

She said that she would be more inclined to come to Dearborn if there were a wider variety of stores.

“There are too many supermarkets and restaurants and not enough places to shop,” she said.

Nadine said that in her free time she prefers to go to cities like Royal Oak and Birmingham because she enjoys the atmosphere there.

“I think that those places just have more activities that me and my friends can do,” she said. “The restaurants and shops there feel more catered to people my age compared to those in Dearborn. For me, Dearborn is a family area.”

For many young Arab Americans the only link between Dearborn and themselves is family. This could be due to the fact that older generations of Arab Americans feel more closely connected to the city because of relatives or friends that live there and so they encourage their children to accompany them when they visit Dearborn.

Tala Haidar, a 21-year-old from Port Huron, explained that when she was younger she would go to Dearborn every weekend, but now that she’s in college she doesn’t have the time to come to the city.

“I don’t go at all unless I’m with my family,” Haidar said. “When I do go it’s usually to get groceries, for my dad to get a haircut, to get kanafeh or to see some family friends.”

However, not all Arab American youth living outside of Dearborn come to the city solely with their parents.

“I go to Dearborn with my friends at least once a week,” Sara, a 20-year-old from West Bloomfield, told The AANews.

She said she sometimes goes to a mosque when she’s there, but the main reason she makes the trip to Dearborn is for the food and the affordability.

“Me and my friends like to come to Rafic’s Falafel because everything is so good,” she said. “And it’s really inexpensive, which is great for us because we’re all students.”

Sara admitted that she would like to spend more time in Dearborn, but because the city is mainly comprised of specialty stores she goes there to reach specific destinations, not to walk around.

“I think it’s good that some parts of Dearborn are changing and it seems like it’s becoming a little more youthful with all of the new restaurants opening,” she said, referring to the transformation of West Dearborn into a lively area. “I really like going to Brome Modern Eatery—the meat is all organic and it has a trendier atmosphere than other places in Dearborn.”

Brome Modern Eatery has been so successful that on May 12 the owner opened up a second location in Downtown Detroit. Now, Sara said she might start eating there instead of going to Dearborn.

“I’m excited to try the new Brome restaurant,” she said. “I can have a burger with my friends, and then afterwards we can go shopping and just spend some time downtown. There’s a lot to do there.”

Despite this, she said she’ll continue to go to Dearborn.

“I’m not going to stop coming to Dearborn,” she said. “There are so many new places that I want to try. Dearborn is only growing.”