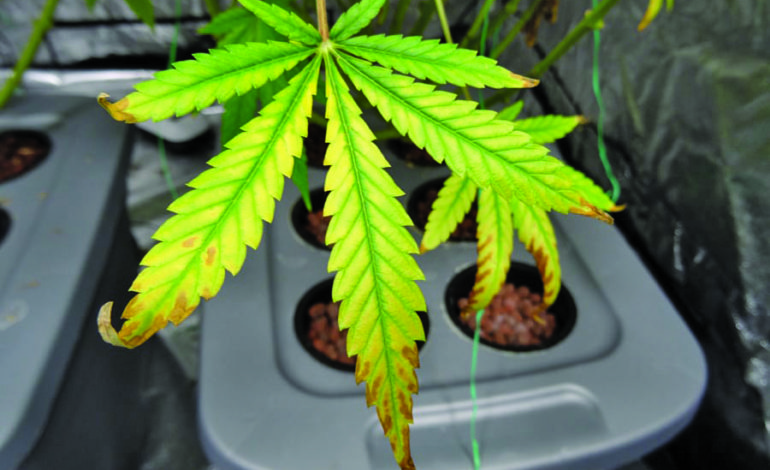 DEARBORN — On November 6, Michigan residents will be able to decide whether to legalize marijuana for recreational use. In the United States, nine states and Washington D.C. have already legalized recreational use of the drug.

If the drug is legalized, people 21 and over could purchase it. Legalizing marijuana for recreational use has been a highly debated topic in recent months and various Arab Americans have weighed in on the matter.

“As long as it’s regulated, I don’t think it would bother me if marijuana was legalized,” said Dima, a junior at the University of Michigan. “If the people using it are just in their homes, and not in cars or in public places, it wouldn’t really affect me.”

She said that since many students on campus already smoke marijuana there could be some benefits that come with legalizing it for recreational use.

“I think people are going to use the drug whether it’s legal or not,” Dima said. “So, at least if it was legalized the state could increase their revenue.”

If legalized, marijuana would be subject to taxes. Fadwa, a senior at the University of Michigan-Dearborn, drew attention to how the incarceration rate in Michigan may be impacted by legalizing the drug.

“I think that it is important to consider how this would help the incarceration rate decrease,” she said. “It would lower the number of drug-related arrests.”

She also said the legalization of marijuana could place more priority on violent crimes within the state and it would keep communities safer.

Other Arab Americans, however, feel that legalizing the recreational use of marijuana would make the drug more accessible, which could lead to more severe outcomes.

“It would encourage the use of other drugs,” one doctor from Royal Oak told The AANews. “If you get addicted to one drug, you’re more likely to get addicted to a second drug. I think [marijuana] should be limited to medical uses.”

He said he believes the negative side-effects of using the drug outweigh any recreational purposes marijuana serves, like as a source of relaxation.

“There are always other ways to relax,” he said. “You can read a book or listen to music.”

Ghassan Shihab, an administrative member and director of the Frontier 21st Century Program at Frontier International Academy, also stressed his views against the use and legalization of the drug for recreational purposes.

“Unfortunately, there are no solid studies relating car accidents and depression to the use of marijuana,” Shihab said, pointing out the lack of concrete evidence linking marijuana use to harmful situations.

He then explained the difference between medical and recreational marijuana, and the problems with the latter.

“It’s not medical,” Shihab told The AANews. “it is not sold by a doctor, not FDA approved and not seen by a real physician. It’s only a pitch to persuade the public as sales go up and consuming this product is beneficial.”

He said it (the recreational marijuana use) can be detrimental to family, society and the state of Michigan.