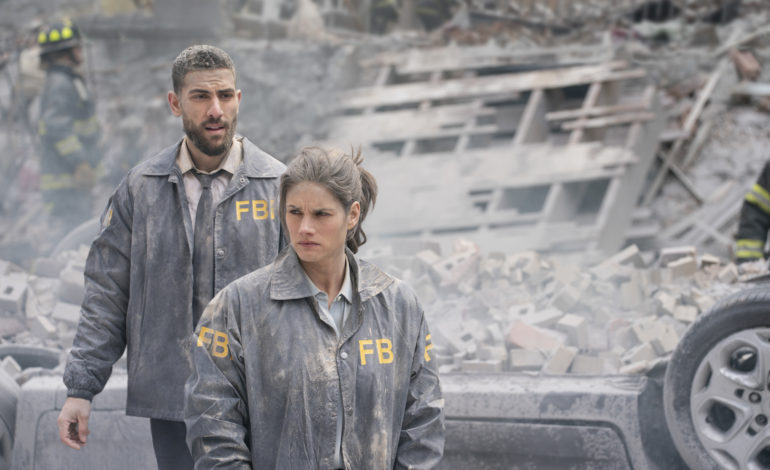 NEW YORK— An Arab American immigrant will play a leading role in the upcoming CBS series “FBI”, created by Dick Wolf — best known for the “Law and Order” franchise.

Zeeko Zaki, who plays Agent Omar Adom Zidan in the show, emigrated from Egypt at just 1 month old in 1990. He grew up primarily outside of Philadelphia in West Chester, Pennsylvania.

“The Arab American community [in West Chester] was about as big as our family was,” he said. “Probably a total of about 30.”

Zaki said his maternal grandparents were the first in his family to immigrate to the United States. While their children waited in Egypt, Zaki’s grandparents facilitated other family members’ immigration, giving them a place to live while they looked for work and settled in to life stateside.

“Then they brought the whole family over,” he said. “They would stay with them and then kind of move off into their own places.”

His mother subsequently returned to Egypt for a time.

“My mom went back to Egypt to meet my father and then had me there,” he said.

Shortly after he was born, his mother reunited with her family in the United States.

Zaki described his mother as one of the most supportive members of his family when it came to his acting career.

“Since high school she always had this thing about seeing my name in lights,” he said. “She didn’t even want me to go to college. I went to Temple [University] for a little bit and she would just beg me to drop out and act.”

Zaki said he was hesitant to attempt an acting career on the East Coast, where he felt he had fewer resources; however, he took a chance and moved to North Carolina in 2010 to be in a play, which connected him with his agent.

“My whole family was supportive,” he said. “We were always a very creative family. But I don’t think we had this dream in mind even as a possibility just because of where we grew up.” Actor Zeeko Zaki and his family at a reunion in 2015. Photo courtesy of Zeeko Zaki.

He said his family supported him financially in the early years of his career and expressed his gratitude. He said he hopes to give back to them through his success as an actor.

“I had a big dream and I think it became their dream too,” he said. “It’s nice to prove them right; and wherever this leads, it’s nice to land on something and it be a product of a lot of people’s effort.”

Zaki also said the summers spent with his father’s family in Egypt through 2010 played a big part in his social development.

“Probably my fondest memories of my childhood were traveling to Egypt,” he said. “Experiencing the different culture and the whole disconnect, the different world vibe, really helped me grow appreciation for growing up in the States and everything we have and take for granted.”

Zaki also said he “felt a different vibration in people” in Egypt, which he attributed to positivity and empathy.

“I guess I learned empathy there,” he said. “There’s a tradition, I think, in Middle Eastern countries, if someone likes something you have, to just give that to them. So, coming from America to visit Egypt for a month, my suitcase would be full; and then, by the time I would leave, it would just be empty. That taught me a lot about being grateful, not being selfish and sharing.”

Zaki said he’s excited to dissociate his culture from negative stereotypes about Arab Americans by working with CBS and portraying a positive Arab American leading role on a prime-time television show.

“Arab Americans are Americans,” he said. “We grew up here. We love this country. We are all here for the same dream. It’s just to make make our parents proud and earn our spot. We’ve had it and we’ve been here, but with what’s happening recently in politics, it feels like our spot is in jeopardy.” He added that he’s really excited that Dick Wolf took the chance to have an Arab American FBI agent as the lead in “FBI.”

“Just existing in this and positively representing these people to the best of my ability, I feel like it could change some people’s opinions,” he said.

Zaki said that from a young age he never really understood why there was so much tension when he didn’t feel a difference in the morals and values of people in his life who were of a different religion or culture.

“There’s at least one person in this country who will say wholeheartedly, ‘All Muslims are terrorists,'” he said. “I don’t know where that person is and I don’t know how many there are, but if I can just get inside someone’s home on television, make somebody feel like they know me, that they can relate to me, being from a different background, nationality, race, religion and just chip away at this huge chunk of negative connotations or stereotypes, that would be my goal.”

The crime drama series is scheduled to premiere September 25 and will air on CBS Tuesdays at 9 p.m.