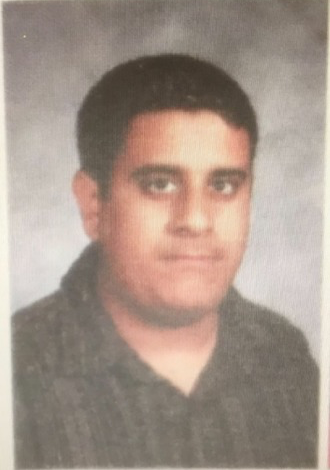 DETROIT — On Tuesday, July 24, a Dearborn man was charged in an unsealed indictment with providing material support to ISIS after being captured on an ISIS battlefield.

Ibraheem Musaibli, 28, was taken into custody by coalition-backed forces this month while attempting to escape the Middle Euphrates River Valley in northern Syria, according to the indictment, which was unsealed five days after the New York Times first reported his capture.

Musaibli’s case is one of the first times the Trump administration will use federal courts to prosecute a returning foreign fighter. He is believed to be one of only two male Americans captured alive on an ISIS battlefield.

Musaibli arrived in Indiana Tuesday before being transferred to face charges in U.S. District Court in Detroit, where he faced arraignment on Wednesday.

“The National Security Division will not tolerate threats to our country from terrorist organizations like ISIS — not least of all those that come from our own citizens,” John Demers, assistant attorney general of national security, said in a statement. “Musaibli’s alleged provision of material support to ISIS put the United States at risk and may have endangered the lives of countless innocent people. I am confident that he will face justice for his crimes and I hope that his case sends a clear message that we will hold our citizens accountable who are apprehended overseas and tried to join a terrorist organization such as ISIS.”

Musaibli’s family provided a different description of his portrayal in the indictment. His younger brother, Abdullah, said last week that Musaibli is not a terrorist and was lured by a fellow Muslim into coming to Syria to study religion and work.

Abdullah Musaibli, who lives in New York City and came back to Michigan to support his older brother and family after he heard about the indictment, said his brother will have a court-appointed lawyer.

“The indictment alleges that, for a substantial period of time, defendant Musaibli provided material support to ISIS — one of the most violent terrorist organizations in the world,” U.S. Attorney Matthew Schneider said. “During that same time, American-backed coalition forces were fighting ISIS in Iraq and Syria. We will vigorously prosecute anyone who provides, or even attempts to provide, support to terrorists.”

Public records, legal experts and Musaibli’s relatives helped establish a narrative of the months he spent in the United States before going to Syria and, according to his family, trying to flee an ISIS prison with help from the FBI.

Musaibli was raised in Dearborn and dropped out of Edsel Ford High School to help his father operate a perfume shop in Detroit. Dearborn Police said they had no contact with Musaibli apart from a few traffic incidents.

He married, fathered a son and moved to the city of Aden, Yemen, where his brother said he began talking to fellow Muslims who “lured him” to Syria in 2015.

The indictment did not include many details on how  Ibraheem Musaibli traveled to Syria.

Izzy Musaibli, Ibraheem Musaibli’s father, said the family had brief contact with Ibraheem while he was trapped in Syria because militants thought Ibraheem was a spy. He said the FBI worked to help his son escape an ISIS prison.

“[ISIS] doesn’t represent Islam,” Izzy Husaibli said. “They have a totally different ideology and Ibraheem was preaching against them. Every time he tried to escape, he was put back in prison; and we’ve been working with the FBI as a team.”