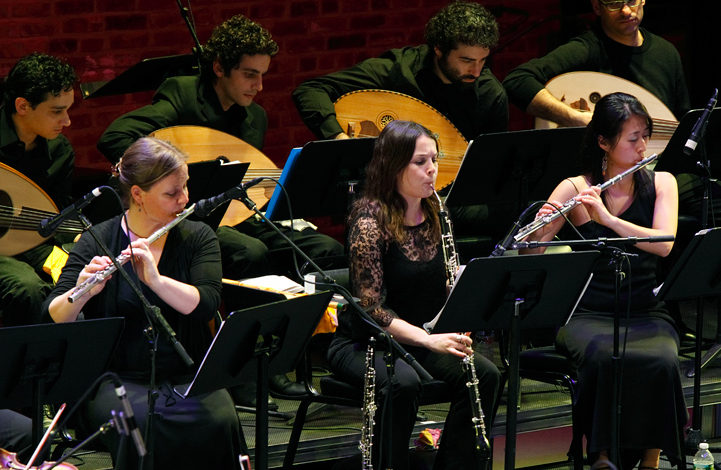 The NYAO invites musicians, students and vocalists to learn about Arabic music and improve their skills by participating in its various summer workshops for its ensembles sections I and II, Arabic vocal chorus, and Arabic vocal rhythms.

It also offers training programs for its orchestra performers, a youth program called “Hey Youth!” and an outreach program that provides the workshops and music classes to those interested.

The non-profit organization states its mission is “preservation and promotion of classical and traditional Arabic music and culture through concerts, new compositions and educational programs.”

Its year-round community classes are offered for musicians of all levels, in group or one-on-one settings that include choral performance and learning Arabic instruments like the oud or Arabic lute; the riqq, an Arabic tambourine and the tabla or darbuka, a goblet drum.

For more information about the NYAO Summer 2018 Arabic Music Workshops, or its other offerings, visit www.nyarabicorchestra.org/education.