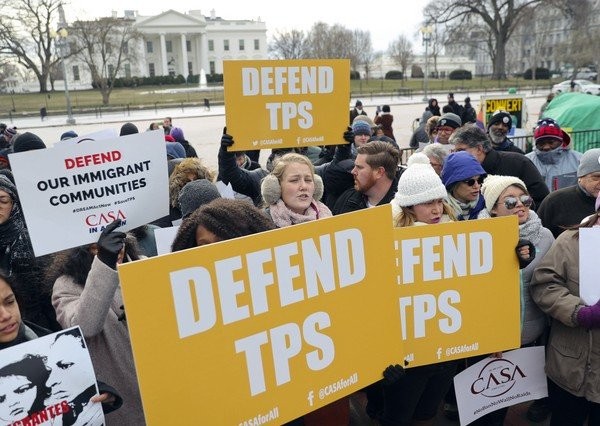 The senior Democrat on the Senate Foreign Relations Committee, Senator Robert Menendez, made the documents public. They also warned that the choice could force U.S.-citizen children to leave the U.S. with their parents, and expose them to rampant violence.

A letter from then-Secretary of State Rex Tillerson on Oct. 31, 2017 stated that the Central American countries no longer qualified to be designated for Temporary Protected Status (TPS) because of improved conditions after environmental disasters that had initially triggered the protective status.

But he also wrote that countries losing TPS status would likely retaliate against the United States by decreasing assistance in hindering illegal immigration and gang violence.

The letter was sent to then-Acting Secretary of Homeland Security Elaine Duke.

“Former Secretary Tillerson made it clear that ending TPS for El Salvador and Honduras would have major repercussions,” Menendez said in a statement, “including a likely backlash that weakened our cooperation to combat the drug trade and criminal gangs in Central America. And yet, the Trump administration did it anyway.”

TPS offers protection from deportation to immigrants who already are in the United States, including those who entered illegally, from countries affected by natural disasters, civil conflicts and other problems.

In May, the Trump administration announced that the more than 55,000 citizens of Honduras would lose their TPS on Jan. 5, 2020 and be potentially susceptible to deportation.

In January, the Trump administration said it was ending TPS for El Salvador on Sept. 9, 2019, which gives almost 200,000 Salvadorans 18 months to leave the United States or seek lawful residency.

“The fact that the Trump administration is knowingly putting our national security and the safety of TPS beneficiaries and U.S.-citizen children at risk is appalling and unacceptable,” Menendez said in a statement.

He also called on Secretary of State Mike Pompeo and Homeland Security Secretary Kirstjen Nielsen to reverse the decision.