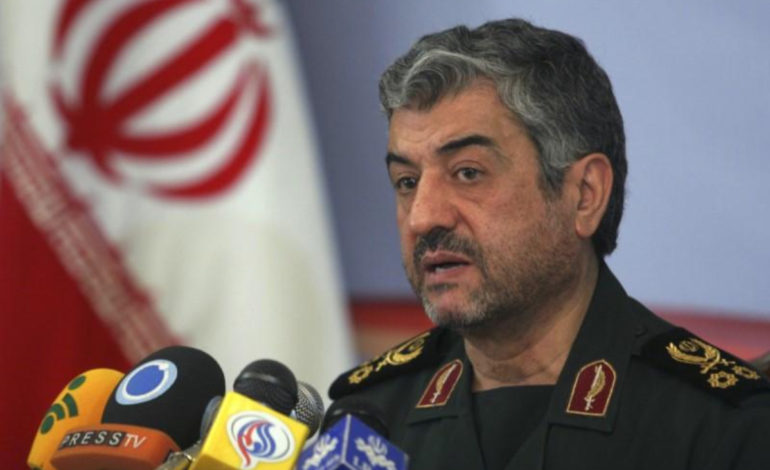 TEHRAN – The head of Iran’s Revolutionary Guards on Tuesday dismissed President Trump’s tentative offer of talks with Tehran, saying the Islamic Republic was not North Korea.

Trump said on Monday he would be willing to meet Iran’s leader without preconditions to discuss how to improve ties after he pulled the United States out of the 2015 Iran nuclear deal.

“Mr Trump! Iran is not North Korea to accept your offer for a meeting,” Guards commander Major General Mohammad Ali Jafari was quoted as saying by Fars News agency. “Even U.S. presidents after you will not see that day.”

President Trump said on Monday he would be willing to meet Iran’s leader without preconditions to discuss how to improve ties after he pulled the United States out of the 2015 Iran nuclear deal, saying, “If they want to meet, we’ll meet.

“I’d meet with anybody. I believe in meetings,” especially in cases where war is at stake, Trump said at a White House news conference when asked whether he was willing to meet with Iranian President Hassan Rouhani.

No U.S. president has met with an Iranian leader since the United States cut diplomatic relations with Tehran a year after the 1979 revolution that toppled the shah, a U.S. ally. President Barack Obama broke a three-decade freeze with a phone call to Rouhani in 2013.

There was no sign that Trump’s potential willingness to meet with his Iranian counterpart would mean any change in his administration’s intent to ratchet up sanctions and rhetoric against Tehran with the stated goal of “seeking changes in the Iranian government’s behavior.”