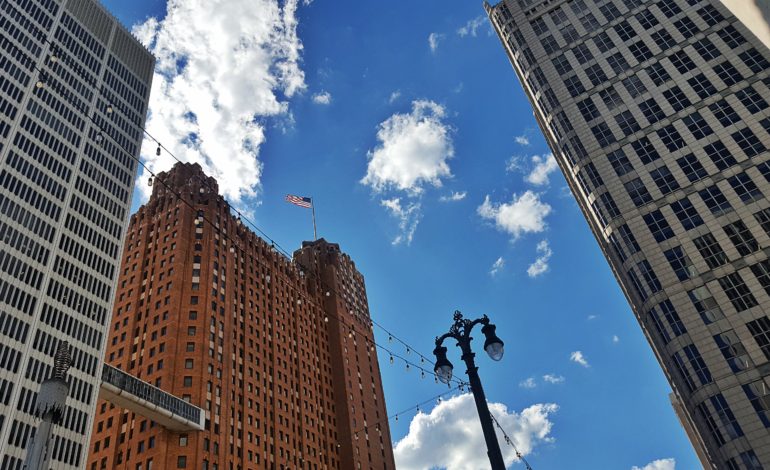 DETROIT — While it may seemed too good to be true, the industrial population of Detroit grew very dramatically over the course of a century. However, starting in the 1950s,  population in the city that had been a magnet to both European immigrants and Southern migrants experienced a rapid decline— holding it back.

Schools that once had large student populations are now closed, leaving many abandoned buildings to dot the city’s landscape, while the auto industry is no longer the powerhouse it once was.

These factors contributed to many residents having overall low socioeconomic status and lacking economic opportunities.

Despite all that, Detroit is now experiencing a period of renovation and is being rebuilt using a variety of methods, including research and community-enrichment programs.

The Mental Health Task Force established by City Councilman Roy McCalister Jr. serves to educate citizens about mental health,  to heighten awareness of currently available services and to support coordination of those services when possible.

The primary purpose of the task force is to help individuals and families in the Metro Detroit area gain better access to mental health services among key stakeholders.

“The main thing is that I don’t want this (workshop) just to come to the table and task force,” McCalister said. “I want us to start getting out to the community because that is where we are really needed.”

McCalister and task force members take a holistic approach when dealing with individuals with a mental condition.

While stigma and awareness are associated with mental health concerns, McCalister also said that being culturally sensitive is important in order to not offend anybody or violate the cultural and ethical needs of community members within a diverse district.

For its part, the REBUILDetroit science enrichment program works to fuel the city’s academic renaissance by establishing it as the center for biomedical research training for underrepresented undergraduate students.

REBUILDetroit is a consortium of the University of Detroit Mercy and Wayne State University. The program is funded by the National Institutes of Health (NIH) Common Fund within the office of the directors who developed the BUILD (Building Infrastructure Leading to Diversity) program. The NIH provides underrepresented students access to biomedical research by providing financial support.

Subjects of study within the REBUILDetroit program include biology, chemistry, biomedical engineering, sociology and nursing. She said that by doing so, these scholars (students) are ready to take on graduate school and other biomedical disciplines.  The students begin the summer before freshman year in the Summer Enrichment Program for eight weeks to see how life is like in college and to learn new skills.

She also described the research method courses and the Research Coordination Network (RCN) classes that each student within the program takes. Students who take RCN classes choose from studies in chemistry, health disparities or biology. From these studies, they’re able to conduct research and give presentations at local or national scientific conventions.

“This program provides scientific research on various subjects that can help the community, answering questions that are left unanswered by conducting experiments,” the student said, adding that participants feel more inspired to take part in research and community engagement.

“I believe that REBUILDetroit will impact Detroit economically and financially,” the Detroit Mercy student said. “It is more likely that these students may end up working in Detroit and this can be beneficial to Detroit. Many of these scholars are future doctors, future dentists and psychologists who want to leave a great impact on the communities.”