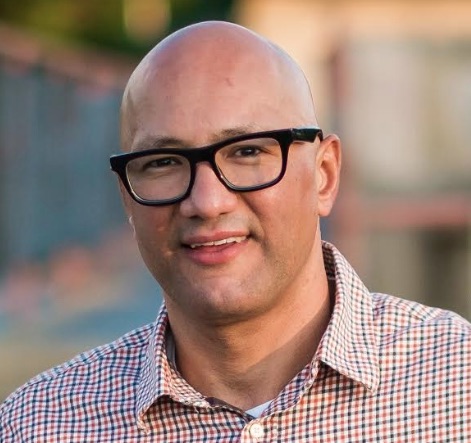 Ramlawi, owner of the Jerusalem Garden restaurant in downtown Ann Arbor, made his second run for City Council within the past year. After almost defeating Chip Smith, the other Fifth Ward representative. He ran as an independent last fall. This year, Ramlawi challenged Warpehoski in the Democratic primary.

Ramlawi will now be unopposed in the November general election

While campaigning, Warpehoski, who has been in office since 2012, emphasized his experience, while Ramlawi has argued it’s time for a change in leadership on the Council.

“We should be a better city,” Ramlawi said on the campaign trail. “I think we should be the city that I fell in love with back in 1985. It’s not the same now.”

Ramlawi celebrated his win at the Pretzel Bell’s Captain’s Room with his supporters, including Council Members Jack Eaton, Sumi Kailasapathy and Jane Lumm. Also present was a newcomer, Elizabeth Nelson, who won her Fourth Ward race against Graydon Krapohl.

Ramlawi filed to run for office last year when the City Council voted to sell the city-owned Library lot behind his restaurant to a Chicago developer planning a 17-story high-rise, which Ramlawi opposes.

Warpehoski, a political ally of Mayor Christopher Taylor, whose camp is trying to maintain majority control of Council, supports the development. They hold seven of the 11 seats, and five were challenged in Tuesday’s primary.

Ramlawi received 48.4 percent of the vote running as an independent last year.

Warpehoski is the executive director of the Interfaith Council for Peace and Justice and won his last Democratic primary two years ago against Kevin Leeser with 68 percent of the vote. He defeated David Silkworth in the general election with 74 percent of the vote.