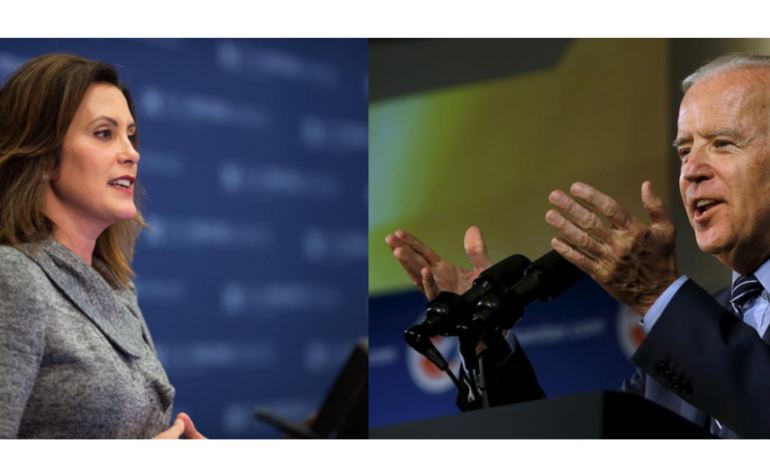 “Michigan’s middle class families need a governor who knows how to get things done, and that’s why I’m endorsing Gretchen,” Biden said in a statement released by Whitmer’s campaign.

“Gretchen has spent her whole life getting real results for the middle class, whether it was raising the minimum wage, or working to expand Medicaid,” he continued. “Gretchen’s got a real plan to fix the roads in Michigan and get our kids the skills they need to compete for good paying jobs. That’s exactly the kind of leadership Michigan needs in the governor’s office right now, and it’s why I’m so proud to be in Gretchen’s corner.”

He is expected to tour in Michigan for Whitmer.