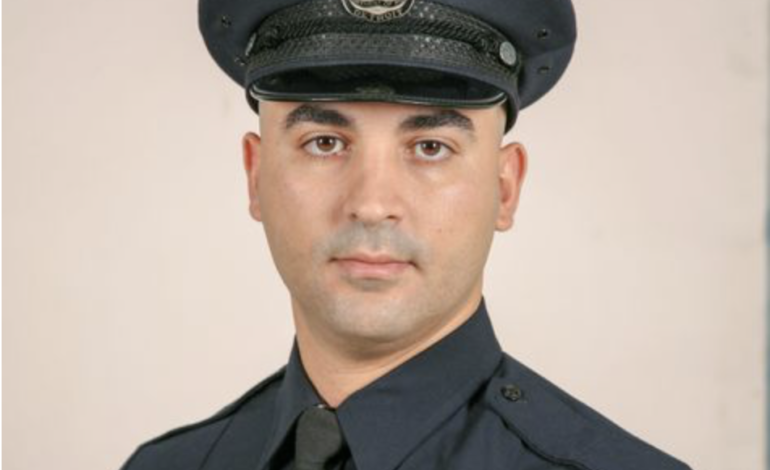 DETROIT — A Detroit police officer died Wednesday after being struck by a hit-and-run driver on Saturday Aug. 4 on the west side of the city.

At a news conference at the Detroit Public Safety Headquarters, Police Chief James Craig said that officer Fadi Shukur would “always be remembered for his magnetic smile.”

Mayor Mike Duggan and other city and police officials were in attendance.

“Everyone’s heart is broken in the city for a good man, a newlywed,” Duggan said. “Our prayers are with his family.”

Shukur, 30, was struck while he was walking to his car after assisting other Detroit Police officers responding to a crowd control situation in the area of the 18000 West McNichols. He suffered a brain injury and was hospitalized in critical condition until he died Wednesday.

Shukur was a part of the force for about a year and a half.

A 19-year-old Belleville man named Jonathan David Cole was formally charged by the Wayne County Prosecutor’s Office on Aug. 7 with reckless driving causing serious impairment and failure to stop at the scene of an accident, officials said.

Wednesday, the charges were amended to second-degree murder, reckless driving causing death and failure to stop at the scene of an accident when at fault resulting in death.

He could face up to life in prison if convicted of second-degree murder.

Officials said Cole originally fled the scene before eventually turning himself in to police custody at a Detroit Police precinct.

Craig said Shukur is the third Detroit police officer to die in the line of duty this year.

The city will cover the cost of his funeral as the Detroit City Council passed a resolution in March to authorize the city to cover $12,000 in funeral expenses for employees who die in the line one duty. Through additional donors, Shukur’s funeral expenses will be covered beyond the $12,000.

The Officer Collin Rose Memorial Foundation announced on Facebook that it will collect donations for Shukur’s widow.