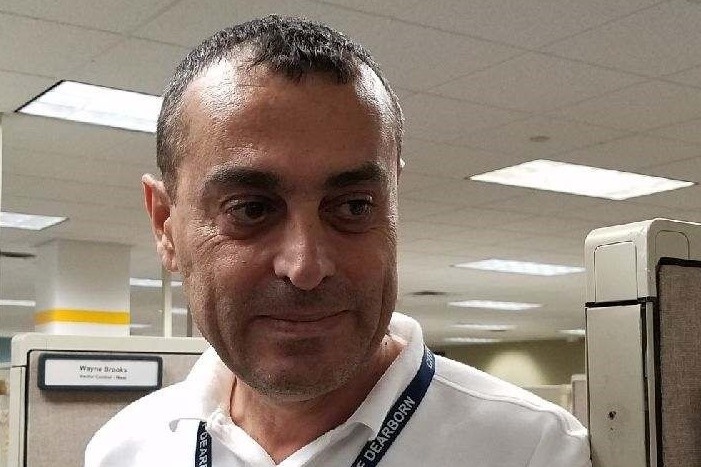 DEARBORN — It’s not easy supporting five children and a spouse while being employed part-time. It’s especially difficult after being diagnosed with stage 3 Hodgkin’s Lymphoma.

Houssam “Sam” Berry immigrated to Dearborn from Lebanon in 2015. Shortly after, he became a part-time employee with the city of Dearborn as a neighborhood field inspector. There, he worked tirelessly to support his wife, a 19-year-old son, 16-year-old daughter, 12-year-old twin daughters and 10-year-old son.

His colleague Sarah Lashbrook-Bullock said that since joining the city, Berry has positively impacted colleagues, residents and businesses through his compassionate approach for the neighbors and a genuine interest in serving the community.

However, Berry, 50, was diagnosed in July with stage 3 Hodgkin’s Lymphoma, a cancer that starts in the white blood cells, which attack foreign objects in the blood, spreads to lymph nodes and ultimately shuts down the body’s immune system.

The diagnosis means he is now concerned with his health and providing for his family.

Berry said he began undergoing chemotherapy last week and will only be working one day a week.

“I like to work,” he said. “Even when I’m trying fighting cancer, I like to be better person.”

The high cost of treatment, coupled with supporting his family on a reduced income, has led to financial instability.

In order to help Berry’s family, his colleagues stepped up to ensure his family could pay for basic needs such as food, shelter, utilities, transportation and school supplies. They have created a GoFundMe page with a goal of raising $100,000. As of publishing date, the campaign had raised $2,840 in nine days.

A fundraising event will also be held on Friday, September 21, at Dearborn’s Hemlock Park from 5 p.m. to 9 p.m.  The event will include food, beverages, raffle drawings and much more.

All you can eat food and drink will be provided by Byblos Banquet Hall. Admission is $20 per person and is free for children 6 and under. All proceeds go to Berry and his family.

For tickets and information, contact Bill Parsons at 313-673-0885 or bparsons@ci.dearborn.mi.us.