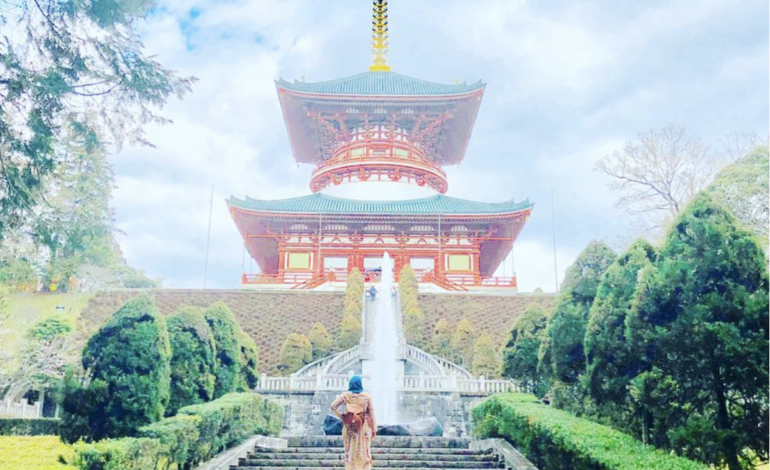 DEARBORN — A Lebanese American and Dearborn native hopes to travel to a long list of international destinations and has already checked many off her list.

31-year-old Malak Ouza said when she isn’t working as a case manager for a health insurance company, she travels internationally two to four times a year and has now been to 18 countries. In October, after next her trip to Spain, Portugal and Morocco, she’ll have been to 21.

She also said she’s been traveling with her family since she was very young to destinations like Egypt and Dubai, and to visit her parents’ home country of Lebanon.

Ouza said she’s gained a lot by traveling alone and that her experiences have been fulfilling.

“You learn so much about yourself,” she said. “It just makes you realize how blessed you are and how courageous and brave you can be. It’s something I never thought I would be doing.”

She said people sometimes ask her if she’s ever scared to travel on her own.

“I can honestly say it can be scary at night,” she said. “Just like anything in life, know your surroundings, don’t go out at night if it’s not necessary. Have a positive mindset, open mind and just believe that it will be a good trip and it will be.” Ouza said as a Muslim, she’s never faced discrimination or harassment because of her scarf while traveling. She said she sees her scarf as a source of strength and protection.

“I respect everyone’s religion and everyone’s belief, but for me it makes me feel like God is always protecting me,” she said.

“I feel like the scarf is not a barrier,” she added. “It’s part of my identity and who I am. I feel very comfortable and confident with it.”

Ouza said she wants to encourage others not to be fearful of people with other beliefs and cultures, and to go out of their comfort zone.

“I think the world is pretty cool and people need to go out and experience it more,” she said. “People can be very friendly, diverse, very open minded. People just want to get to know each other, their story and have a good time.”

She described her most recent trip to Bali as one of her favorites. She cited her friendship with her driver over the course of the trip. He shared personal details about his life with her, including ideas about karma, love and faith.

Ouza said they found common ground in their belief in a higher power.

“We believe in different gods, but we still believe in that,” she said. “It was very touching.”

Ouza meets new friends all over the world who she stays in touch with over social media.

The countries still on her list to visit include Italy, Switzerland, Prague, New Zealand, Fiji, Austria, Turkey and Peru, as well as many more.