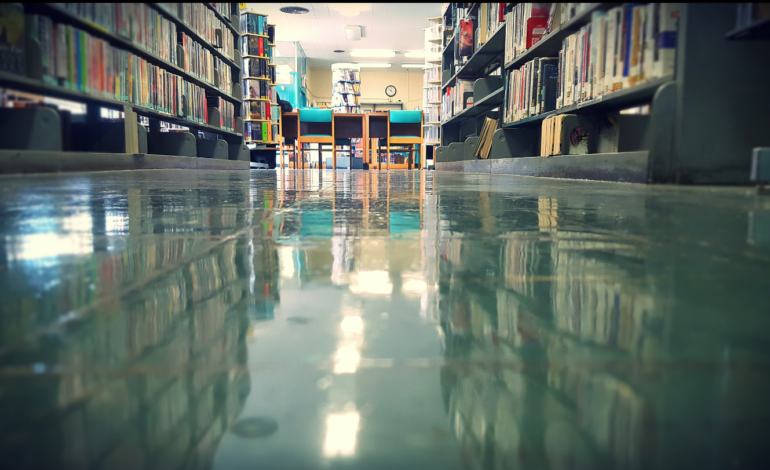 Knapp Branch Library in Detroit - Photo by The AANews

DEARBORN – For as long as they’ve existed, libraries have provided information and services to their patrons. In the past, those services have centered primarily around providing books and other written materials, but today’s libraries help visitors navigate a wide variety of information, both physical and digital.

She said libraries are essential to all communities whether one knows it or not.

“The goal of the library is to provide services and a collection of material for the educational, informational and recreational needs of the community,” Schaefer told The AANews.

Schaefer, who primarily works at the Henry Ford Centennial Library, said that although she does notice a drop of traffic at that branch, it’s not as much as one might think.

On average, the Dearborn Public Library’s three branches (Henry Ford, Bryant and Esper) are visited by about 1,000 people every day.

People come to use computers or printers, surf the Internet, access various databases,  hold meetings, read newspapers, work in their mobile offices, gaze out the window, come in from the heat/cold or even check out a book.

The Dearborn Public Library even offers a wide variety of  texts in Arabic. The Henry Ford Centennial Library also has a 3D printer, and the other branches are in the process of beginning to program with that printer.

“The library is the place you can come to and there is no expectation that you buy something or do something other than adhere to our code of conduct and display proper library etiquette,” Schaefer said.

The Dearborn Public Libraries offer free library cards to residents of Dearborn and Dearborn Heights, as well as to those who attend a school in Dearborn.

Schaefer said libraries now are pretty similar to how they were before so many things were provided online, adding that digital media is not taking the place of libraries and/or librarians. It is helping to develop libraries.

She said that she recognizes that a lot of schools are encouraging students to come in and use resources in the library.

“Even as much as five years ago, they were sending students in, saying that they need three sources, and one of them cannot be an online resource.”

Teachers are still assigning book reports and the libraries were flooded with students coming in from Dearborn schools to fulfill their summer reading list. Schaefer noted that even some of those tech-savvy teens still want to read a physical book.

Digital media also gives the libraries opportunities to assist people with whatever their needs are, whether technical or not.

Book collections are still at the core of many libraries, yet Schaefer said that this is the first time that the digital checkouts are surpassing some of the physical collections at Dearborn’s libraries. Detroit Public Library Assistant Director Attim  J. Funchess,  who also works at the marketing and communication desk at the main branch, told The AANews that libraries are places for people to find information or peace. Anyone can come in and experience it.

Despite the development of digital media and technology, Funchess expressed pride in the various programs the Detroit Public Library offers.

Other than Internet and literature services, the Detroit Public Library’s various branches offer everything from  knitting lessons to providing people with help in finding jobs. There are reading programs for toddlers and games and storytelling for kids. There is also the Maker Faire, which features high tech arts and crafts.

A few younger members of the community have also weighed in on the matter.

A teenage girl at Fairlane Shopping Center told The AANews that she hasn’t been to the library in a while, but she said she sure would want to visit her local library. Another young woman said she appreciated her time spent volunteering at the Detroit Public Library and that she believes libraries will always be relevant to society.