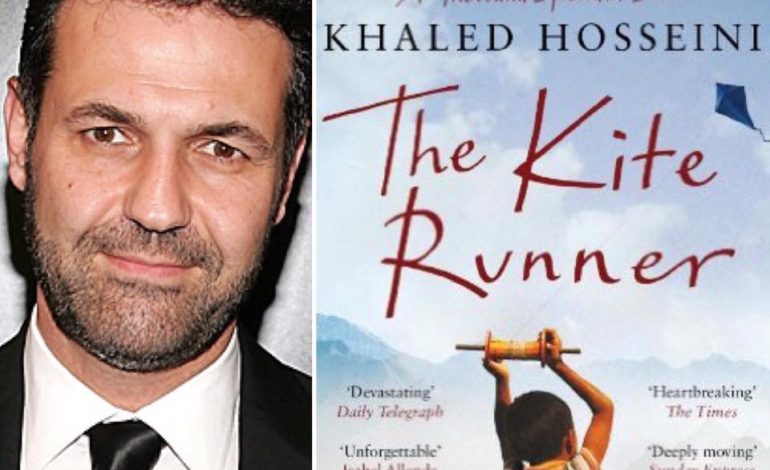 LONDON — “Kite Runner” author Khaled Hosseini urged world leaders to “act with compassion” towards refugees as he launched his new book inspired by a Syrian boy who drowned in the Mediterranean trying to reach Greece.

Hosseini said on Wednesday there was a “deeply concerning” shift in attitudes in Europe – where several countries have closed their borders – and called for greater efforts to resettle those fleeing violence and reunite divided families.

“I wrote ‘Sea Prayer’ to pay tribute to those who have perished or gone missing at sea coming to Europe,” said Hosseini at a book launch in London.

The Afghan-American novelist, himself a former refugee, said that while the numbers arriving on European shores had fallen since the height of the refugee and migrant crisis in 2015, the Mediterranean had become more treacherous.

One in 18 people have died attempting the central crossing this year, up from one in 42 last year.

“Sea Prayer” is inspired by Alan Kurdi, a three-year-old boy whose body washed up on a Turkish beach in September 2015, sparking a global outcry.

“When I saw those devastating images … my heart shattered,” Hosseini, a father of two, wrote in a U.N. report this week on migrant deaths.

“Yet, just three years on and despite thousands more people losing their lives at sea, our collective memory and urgency to do better seems to have faded.”

“Sea Prayer” is an imagined letter from a Syrian father to his son, on the eve of crossing the sea to Europe, who does not know if they will still be alive the next day.

“The experience of being a refugee often is escaping one nightmare and falling into another,” Hosseini said.

The writer, a goodwill ambassador for the U.N. refugee agency (UNHCR), said he hoped to show the despair that pushes families to leave everything and hand their life savings to smugglers who have little regard for human life.

“It’s agonizing to leave your home,” he told a public event on Tuesday night. “Those boats are vessels of desperation.”

“I think much of what we’re seeing (in Europe) is based at least in part on a poor understanding of who refugees are … and why exactly they are coming.”

He said there was a common misconception that refugees were opportunists seeking better jobs, but all the refugees he had met wanted to go home.

Hosseini was particularly struck by one Afghan refugee he met on a recent trip to Lebanon who told him: “Even heaven is not home.”

The vast majority of refugees did not head west but chose to stay in countries neighboring their own, Hosseini said, adding that one in six people in Lebanon was a Syrian refugee.

He said governments must keep their borders open and do more to tackle the root causes of displacement, which would increasingly include climate change as well as conflict.

Hosseini, whose novels have sold over 55 million copies, said stories like “Sea Prayer” could help humanize the issue.

“If you just watch the news and just look at stats … they have a way of blunting our emotional response.”

Hosseini said he was “really proud” that “The Kite Runner” – the book that made his name – had brought a more human face to Afghanistan.

The novel, which tells the story of the friendship between a wealthy Afghan boy and the son of the family servant, was made into a film in 2007.

Proceeds from the sale of “Sea Prayer”, his fourth book, will go to the UNHCR and Hosseini’s own foundation.