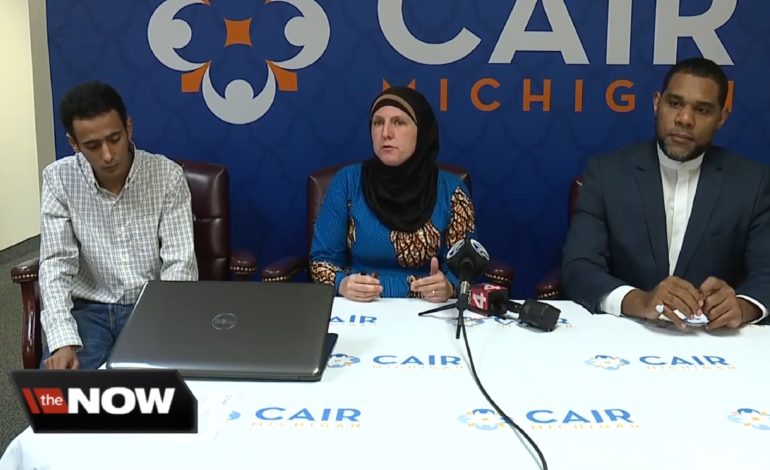 FARMINGTON HILLS — The Michigan chapter of Council on American-Islamic Relations (CAIR-MI), a chapter of the nation’s largest Muslim Civil Rights and advocacy organization, held a press conference on Thursday, Sept. 6 to announce the filing of civil rights complaints with the Michigan Department of Civil Rights and the U.S. Department of Justice (DOJ) against the Washtenaw County Sheriff’s office for its handling of an assault on a Muslim man in Ypsilanti.

On June 11, a Muslim Door Dash driver was attacked while picking up an order at Pita Pita in Ypsilanti. Both the worker and the restaurant owner can be heard on body cam video making racist remarks about the victim to justify the attack to the responding sheriff’s deputies and attempting to persuade a witness to lie about what happened.

Sheriff’s deputies can also be heard on the same recording making comments about the race of both the victim and the assailant.

CAIR-MI played portions of the video at Thursday’s press conference.