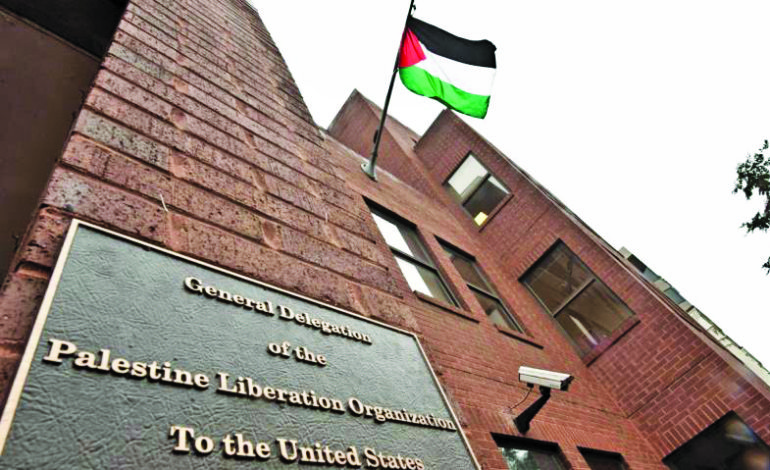 WASHINGTON, D.C. — The Trump administration on Monday threatened tough action against the International Criminal Court should it try to prosecute Americans for alleged war crimes in Afghanistan and said the PLO’s office in Washington would be closed for seeking to punish Israel through the court.

“The United States will use any means necessary to protect our citizens and those of our allies from unjust prosecution by this illegitimate court,” national security adviser John Bolton told the Federalist Society, a conservative group, in his first major address since joining President Trump’s White House in April.

The U.S. response could include sanctions against ICC judges should such prosecutions proceed, Bolton warned.

He added that the Palestine Liberation Organization’s office in Washington was being ordered closed out of concern about Palestinian attempts to prompt an ICC investigation of Israel.

Bolton said he did not believe the closure of the PLO office in Washington would shut the door on a long-delayed Arab-Israeli peace plan that Trump senior adviser and son-in-law Jared Kushner has been developing for months.

He said the plan continued to be refined with an eye toward eventually proposing it.

The Palestinians said they were undeterred from going to the ICC. They deemed the planned PLO mission closure a new pressure tactic by a Trump administration that has slashed funding to a U.N. agency for Palestinian refugees and to hospitals in East Jerusalem, which Palestinians want as capital of a future state.

“We reiterate that the rights of the Palestinian people are not for sale, that we will not succumb to U.S. threats and bullying,” Palestinian official Saeb Erekat said in a statement.

“Accordingly, we continue to call upon the International Criminal Court to open its immediate investigation into Israeli crimes.”

Israel welcomed the Trump administration’s move and accused the Palestinians of seeing the court as a way of sidestepping U.S.-sponsored bilateral talks. Those contacts stalled in 2014.