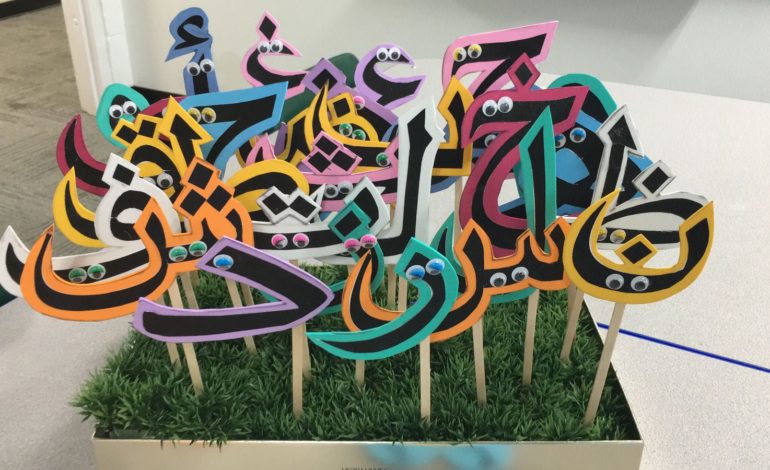 DEARBORN —  The Dearborn Public Schools have been expanding the number of students learning a different language and Arabic has become one of the district’s fastest growing foreign languages since the late 90s.

All high schools and the vast majority of middle schools within the district offer Arabic; and community members and educators stressed the importance of offering Arabic in all of the elementary schools as well.

Immersion programs focusing on Arabic and other languages, such as French and Spanish, are increasing not only in Dearborn but across the nation.

Dearborn Public Schools alone have graduated more than 70 students who are literate in English and Arabic.

Just in 2018, Fordson High School graduated almost 40 students who received the Michigan Seal of Biliteracy in Arabic and 19 students who passed the French or Spanish section. Many other recipients included students coming from different high schools in the district, more than 40 from Dearborn High School.

The Seal of Biliteracy is an award given by a school, district or state to recognize students who’ve studied and attained proficiency in two or more languages by high school graduation. It has been approved in Michigan in the 2017-2018 school year as well as many other states.

The students proficiently demonstrated the abilities to successfully meet the requirements for the English language subject and fluency in a second language.

Nabila Hammami, an Arabic teacher and world language department head at Fordson, told The AANews that Dearborn Schools approach teaching Arabic as a world language and not as a first language. She said the district follows the American Council of Teaching Foreign Languages (ACTFL), which is dedicated to the improvement and expansion of teaching and learning different languages at all levels of instruction.

Those methods go hand-in-hand with different forms of learning, such as having the students interact and negotiate meaning, investigate and explain a perspective, build and reinforce knowledge and having to interact way beyond the classroom.

Although the Dearborn Public Schools and many other schools within the area offer Arabic as a foreign language, parents in the community still turn towards enrolling their children in Saturday/Sunday schools.

However, those schools are used to encourage the Arab American youth to continue to pursue biliteracy and to strengthen their skills in Arabic.

“Those who want Arabic taught in the schools, in the main Arab Americans, see its offering as a valediction of their presence in the Dearborn community,” Kenneth Ayouby, an educational consultant and counselor, wrote in his dissertation of Foreign Language Acquisition at Wayne State University. “To them, Arabic is not only a source of national and ethnic pride, and a means to main cultural and religious links, but also a vehicle for the preservation of a sense of particularistic identity. Especially among the young-who would be its learner.”

Unis Middle School Arabic language and culture teacher Wissam Saab told The AANews that parents, in general, do not like to pull their children out of Arabic classes and hope their children further pursue the language.

According to Hammami, Saturday and Sunday schools follow the traditional methods of primarily teaching grammar and structure, yet she highly appreciates their efforts. She affirmed those supplemental Arabic institutions are very effective and said that her students come more prepared to learn.

She also said that the district doesn’t like to give extra focus on grammar because it’s not the primary tool used to help students communicate in daily life.

“Grammar is so important,” she said. “They do learn grammar, but they use it in context.”

Saab said parents are mainly motivated to have their children learn Arabic because they are more easily able to comprehend the Quran and communicate with their extended relatives who do not speak English.

Saab told The AANews that Dearborn Public Schools often incorporates themes in their curricula and that the schools share common assessments.

Both teachers also said they often like to allow students to speak in slang and to focus on culture. Language teachers within the district sometimes like to have movie days and cultural awareness activities.

“We cannot teach Arabic in isolation of culture,” Hammami said. “Together they are very important and inseparable.”

When asked his favorite part of teaching Arabic language and culture, Saab said he loves to see his students move from beginner/intermediate Arabic to advanced.

He also said he gives his beginner students a unique assessment to end the semester; he asks each to write a complete sentence in Arabic. He told The AANews that those types of assessments help boost the self-esteem of his students, especially as new language learners.

However, Saab also expressed his hope to have better funding for the district’s Arab Language and Culture Department, as well as to see more qualified teachers who want to teach Arabic.

He said he wants to raise his students to become great citizens and hopes that they could achieve the American dream as Arab Americans.

“I would be very happy to see my students become leaders, doctors, teachers, lawyers,” he said, adding that he hopes to represent the Arab American culture as what it truly is.