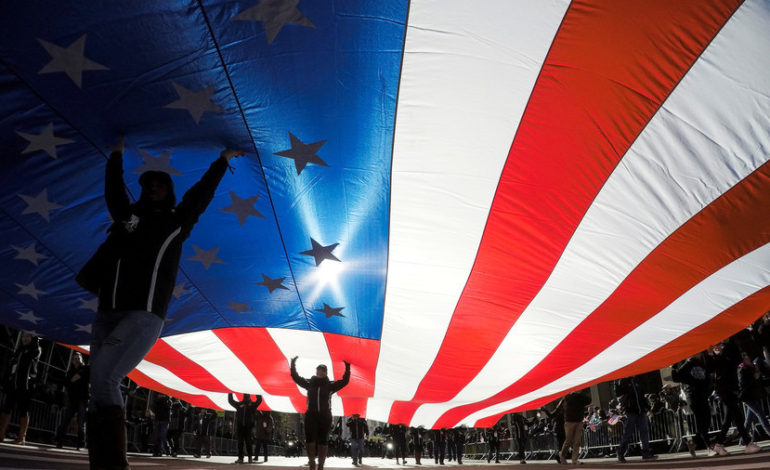 It’s so easy these days to despair about the future of our country. It feels like half the people I run into just want to pull the covers over their heads and ignore the news.

There’s dysfunction at the highest levels of government. Recent reports — the new book by Bob Woodward and a New York Times op-ed — reveal that top administration officials are so worried about the president’s impulses that they’ve formed a sort of “resistance” movement to thwart them. Many Americans express their disappointment in so many other Americans for supporting politicians who do not seem to know how to make our representative government work.

And while drama dominates the daily headlines, Congress is polarized, hamstrung and ineffective. We’re subject to Russian election hacking with very little visible effort on the part of the federal government to do something about it. Dozens of vital issues, from economic inequality to cyber-security, are going largely unaddressed.

So it might seem odd for me to suggest that we take a step back and count our blessings. But that’s exactly what I believe we need to do right now.

Our history should give us a shot of confidence. We have overcome formidable challenges: a civil war, two world wars, recessions and depressions; and through it all, America has not just survived, but improved. In my working lifetime, I have seen this country become a better place, plain and simple.

We enjoy the world’s largest and most competitive economy.

We have greatly improved the life of many older Americans with programs like Social Security and Medicare. We’ve improved the lives of many younger people with college scholarships and wider opportunities. And women and minorities have had doors opened to them like never before, even if there’s still room to improve.

We are the pre-eminent diplomatic and military power in the world. Though terrorism is a serious worry, we do not face an imminent threat to our overall security.

Our citizens, federal employees and military personnel are engaged all over the world, for the most part doing their best to improve life for people elsewhere.

Perhaps most important, we have created a country where everyone has a chance to become the best she or he can be. There’s much room for improvement here, too — opportunity is not equally accessible. But there are plenty of people who’ve managed to get ahead in life even though the cards were stacked against them.

We should not sound arrogant, and we should acknowledge our mistakes, but we have much to be proud of in our record as a nation.

I don’t want to suggest we don’t have big problems. Of course we do. And just as noteworthy, progress over the decades doesn’t mean it’s inevitable.

While China invests in advanced robotics, for instance, we’re re-investing in coal. Are the current administration’s trade policies laying the groundwork for a prosperous future? I worry that they’re not. What impact will our huge and greatly expanding national debt have on our nation’s future? No one knows for certain, but it’s hard to believe things will end well if we don’t address it.

What about the inability of Congress to do its work? Nowhere is it written in the stars that things will continue on as well as they have, especially if our policy-makers don’t do their jobs.

But to confront these problems, and to start to forge solutions, you have to have a measure of confidence in the system through which we’ll address them. And in this regard, our history should give us a boost. My impression is we need it.

Lee Hamilton is a senior advisor for the Indiana University Center on Representative Government; a distinguished scholar, IU School of Global and International Studies; and a professor of practice, IU School of Public and Environmental Affairs. He was a member of the U.S. House of Representatives for 34 years.