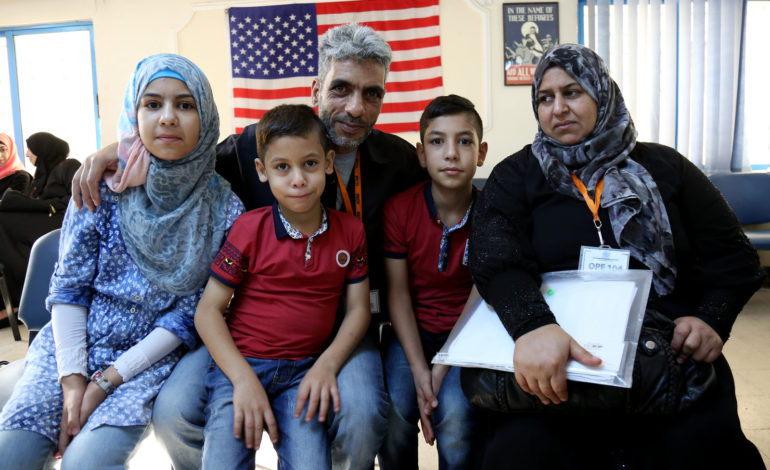 The 100,000th refugee family to arrive to the U.S.,from Jordan as part of a resettlement program. - photo by AP

WASHINGTON, D.C. — President Trump will make the final decision on the number of refugees allowed into the United States after consulting with Congress, State Department spokeswoman Heather Nauert said on Tuesday.

Nauert emphasized that the 30,000 figure announced by Pompeo was agreed among the various agencies and was not final.

She added: “The number that was announced yesterday may not be the final number.”

Democratic senators Dianne Feinstein and Dick Durbin said the White House was required by law to consult with Congress on the issue and made clear they would press for a much higher figure.

“The Trump administration has once again dropped America’s moral standing to a new low by setting the refugee ceiling at an embarrassingly low 30,000 in the midst of the worst refugee crises in history,” they said in a joint statement.

“This historically low number betrays America’s values and relinquishes our leadership role in defending human rights,” they said, adding: “We urge the administration to reconsider its decision, consult with Congress as required by law, and set a higher annual refugee admissions goal.”

Trump campaigned in 2016 promising tight restrictions on immigration and his administration has sharply reduced refugee admissions through executive orders and closed-door decisions in the past year and a half.