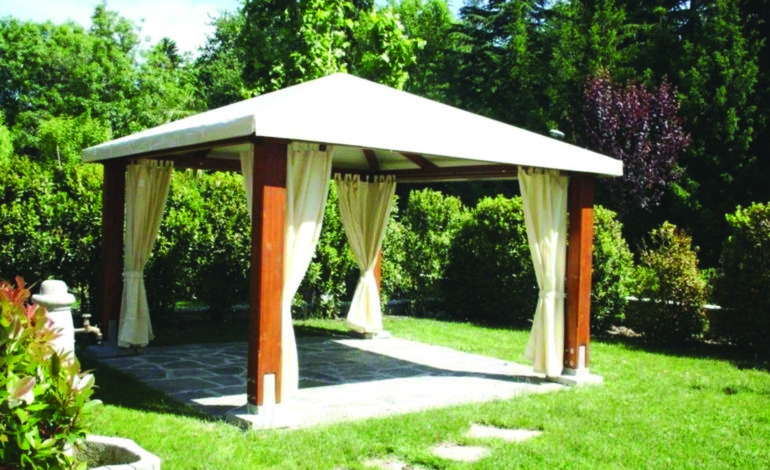 DEARBORN – Inconsistencies in ordinances have been causing confusion among city officials, as residents who have gazebos on their properties complain of excessive ticketing and press administrators struggling to iron out the enforcement language, to find a fix.

Although City Council members attempted to tackle this issue last September and October and again this March and April, the city has issued 40 tickets or violation notices – criminal misdemeanors – since the issue was raised. This has cost residents several trips to City Hall and thousands of dollars in order to become compliant.

Many claim city inspectors only pay visits to homes and are being told to obtain permits or compliance certifications after irked neighbors recently began calling the city. Some residents, who had gazebos for a decade, had no prior issue with the city; others have erected them temporarily after receiving them as a gift.

According to city officials, a majority of the violations are given in east Dearborn – which houses one of the highest concentrations of Arab Americans in the nation – compelling some to believe that the city is targeting those residents because of their nationalities.

Rula Aoun, executive director of the Arab American Civil Rights League (ACRL) told the Council that residents have complained to the ACRL that the city is unfairly targeting them because of their Arab origins.

“We see this time and time again, where the city decided to focus on issues that pretty much affect mostly Arabs,” Aoun told The AANews, referring to when the Council placed restrictions on what residents can and cannot do with their garages.

Adam, a resident who wished not to use his last name, told The AANews that trying to stay up to code for a gazebo he’s building for his elderly father has made its construction an about $30,000 project, aside from the multiple trips to City Hall and permit revisions they’ve made.

He said that despite hiring a structural engineer to draw up three separate blueprints for permit approvals that’s become a four-month process, the city has ordered him to take the gazebo down.

“To do that after so many trials and so many trips to City Hall and three different permit pulls, it seems there’s a sheer sense of abhorrent negligence from the city,” Adam said.

His case is currently in litigation in Dearborn’s 19th District Court.

With violations and tickets issued increasing, the Dearborn City Council held a study session on September 17, along with the administration, the Zoning Board and the Property Maintenance & Development Services Department (formerly the Building and Safety Department) to discuss avenues to ease burdens on residents. Their goal was so update city ordinance definitions to account for the temporary structures and ways to easily convey the requirements to the public. Responding to a live feed of the meeting, several viewers expressed dismay with the city placing extra restrictions on gazebos while residents already pay high property taxes and with more pressing problems facing the city.

In a statement, Council President Susan Dabaja explained that the codes were “outdated” and that while many feel discussing gazebos is not the use of the Council’s time, “It [does matter] to others, especially those who have been ticketed or had much confusion about what they can and cannot do when it comes to gazebos. We’re trying to eliminate wasting staff time and creating unnecessary burdens for our residents on an issue that shouldn’t be this complicated. In order to do so, we need to be informed and properly revise our ordinance.”

Council President Pro-tem Mike Sareini told The AANews that the culprit for the confusion and excessive ticketing was the Building Department director’s arbitrary interpretation of the ordinance that currently defines gazebos as “auxiliary structures”, which wrongfully led residents to ask for the Zoning Board’s approval, where they’d get denied.

“It’s clear that Building Department director and his staff were not on same page and didn’t know what the rules were,” Sareini said. “People were given the wrong information at the counter and [were left] to figure things out.”

He added that the Council has in the last few sessions changed about 80 percent of the city’s ordinances so that violations are now classified as civil infractions rather than criminal misdemeanors. However, that didn’t include gazebos because they were never a concern until recently.

A handful of concerned residents, including Adam, attended the study session to relay their experiences to the Council.

Their violations varied from having either anchored or detached gazebos on their driveways; structures that were too large or too close to an existing auxiliary structure, like a garage, or gazebos that were too flimsy or close to a neighbor’s property, among other issues.

The Building Department currently allows a temporary structure to stay up for 180 days. Residents were given three days after receiving a violation notice to adjust or remove their gazebos before they were ticketed and acquired a criminal record.

However, Thomas Paison, assistant director of the  Economic and Community Development Department, said residents would only need a zoning permit if the structure’s base exceeded 200 square feet and that he would have turned away residents seeking permits.

“As long as you meet the setbacks and the size requirements, no one should be sent to the Zoning Board,” Paison told the Council. “If it’s being anchored down and meant to stay for years, it’s a permanent structure.”

Because residents are having to pursue different avenues for permits depending different specifications of their gazebos, Councilman Robert Abraham said it’s not enough to pass an ordinance allowing for temporary structures to be put up.

“There are other factors aside from being temporary and permanent that could make you fall into violation,” Abraham said. “If there’s a playscape, basketball court and you’re trying to wedge a gazebo, it can be complicated.”

He added that he thought some violations and tickets from examples provided were warranted, especially ones with gazebos blocking entry to garages – a city violation – and with cramped backyards.

Councilwoman Leslie Herrick said she wanted to ensure language defining temporary structures discerns between gazebos meant to stay up for 180 days or for a weekend.

Building Department Director Nickolas Siroskey and City Attorney Debra Walling said a gazebo’s size and location will determine if it’s in compliance, but that the current ordinance “does not differentiate” between temporary and permanent gazebos.

Walling added that the city was only ticketing residents when their gazebos were “bolted down” and obstructing access to a garage.

But Sareini said there is no ordinance preventing anyone from blocking a garage.

“Some people have patio sets in front of their garages,” Dabaja added.

Siroskey said that under the city’s fire code, patio furniture would be considered as temporary, but acknowledged that gazebos don’t fall under that category.

In most cases, the Building Department looks at size compatibility in relation to other structures, he added.

However, as an example of reckless regard to safety, he pointed to a case were a resident erected a gazebo that was too large and was tied by bungee cords to a tree for support.

Siroskey also took issue with too many residents wanting to erect gazebos, pointing to an increase in flooding risks with adding accessory structures on a property.

He said gazebos could “change water flow and positioning of water” and causes sewage backups that end up in basements.

“It’s not just mere coincidence,” he said. “There’s a definite pattern of what’s happened in water and what’s happened in structures across the city, versus designs of what our systems could manage 20 years ago with what they’re taking in today with the same water fall.”

Sareini told The AANews he sees that claim as baseless, as its unsupported by data.

At the meeting’s conclusion, Council members agreed to include revisions in the city ordinance to make more room for temporary gazebos and asked the administration to create a transparent system that educates residents on the codes and specifications regarding gazebos.

Both Dabaja and Councilman David Bazzy  suggested the city employ informational pamphlets, but Dabaja said it was an “extra step” to require residents who wish to put up temporary gazebos to obtain compliance certificates first.

The Council members said the discussion was a good starting point and that they were “heading down a very reasonable path,” as Councilman Brian O’Donnell said.

“The key here is clarity,” Councilwoman Erin Byrnes said. “I want anyone to be able to look at this, have it make sense. I think we can cut through the red tape and the bureaucratic language that people who are employed by the city maybe understand, but most people don’t.”

Next, the Council will send ordinance revisions to the Planning Commission based on a yet-to-be-determined second study session.