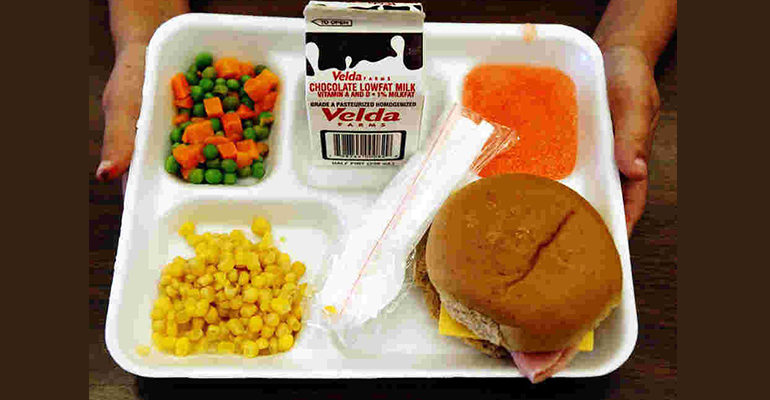 DEARBORN – On Sept. 12, the Dearborn Public Schools announced and implemented the expansion of its meal program, and the implementation of a free breakfast and lunch, to include students of all grades.

“It is a positive for the students that we can provide the meals because the state came up with additional funding that allows all of our students to have free lunch,” said Dearborn Public Schools Superintendent Glenn Maleyko. “It’s a positive, overall.”

Knowing what the research says about the importance of breakfast and lunch meals, Maleyko said, “It is another method to ensure that all kids will have a nutritious meal.” Asked about the nutritional value of the food offered to the students, Maleyko said the schools have had a great food service department over the years.

However, he added that there needs to be an enhancement in the district’s offerings.

“I’ll tell you where it started,” he said. “I’ve had parents and students and even some board members who were asking for this. They want to increase the healthier food options.”

He added that the food quality is still good, but that they want to enhance it to include more options like fresh salad or sandwiches, more ethnic food and maybe pizza stations.

“I do want to make it clear, though, that when looking at enhancing the quality we are not outsourcing our union employees,” he said. “We’ve had the union involved and we will keep our employees.”

Asked how the district would implement this plan without privatizing the process, Maleyko said its looking for a company with the ability to offer more and healthier options, including halal food and enhancing breakfast meals.

He also said that the district would like to sample ideas from schools like Woodhaven, which has five different stations like a Mexican station, fresh salad station, etc. Ideally the district’s employees would run them, not private restaurants.

The plan is to initiate a competitive bid on different companies to provide the food. Maleyko said many districts use these companies, so for one as big as Dearborn, it would be a “good” option.

He added that another idea is bringing in a company that also offers learning labs, which is useful to things like the schools’ “culinary arts program” that trains students and gives them the recipes to healthy food.

Maleyko also said the district is looking into offering after-school food for athletes and students who stay in school for various activities, since that’s not offered in most of the district’s schools now.

He said Dearborn looked at other districts that have these offerings.

“What they do is they bring in a dietician or a nutritionist and they do training for you,” he said. “And so they have this infrastructure that they bring in and they help convert your food service process to allow for tastier and healthier options.”

He said there are good companies that know how to do it.

“We actually did a bid on this, but we had to delay it because the meals are free, which changes the financial model,” he said. “We are looking into bringing one of these companies into the next school year.”

According to Maleyko, the students love this idea.

“We’re here for the students,” he said. “As long as the students love this idea, and so do the parents, it will be just another way to enhance our offerings.”

Harazem’s father, Aly Harazem, agreed that the new free meal policy is great for both the parents and the students.

“We don’t have to worry about packing their lunch or constantly having change for their lunch meals,” he said. “…I’d hate to give my daughter $20 notes to school and I’m sure other parents can agree to that.”

Maleyko also said the feedback the district got from the parents and two union leaders from a tour to schools that implemented these ideas were all positive, however he confirmed that the district is not privatizing.

In a response to an anonymous group that posted on social media that the district plans to be privatize the process for providing meals to students, Maleyko posted a comment on his Facebook page denying the claims.

“We are not privatizing,” he said “…I have addressed this at the last board meeting, but there is an anonymous group that is creating false rumors that we have violated state laws; but the thing is, the state has to approve everything that we do or we can’t move forward, so we are fully compliant with the state.”