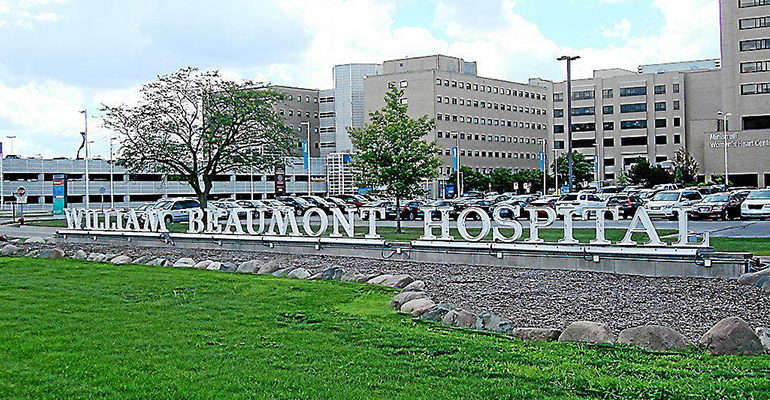 ROYAL OAK — A medical malpractice lawsuit filed against Beaumont Hospital resulted in more than $130 million in damages awarded to a family after a child under the care of Beaumont’s Royal Oak facility sustained severe brain damage, resulting in cerebral palsy.

The Oakland County jury award is believed to be one of the largest jury settlements in Michigan history, according to the law firm McKeen & Associates, which filed the lawsuit.

“Nothing will ease the suffering of this child, but at least this settlement will alleviate some of the financial burden from his caretakers,” Brian McKeen, managing partner of McKeen & Associates, said in a news release Tuesday. “I’m grateful for the jurors’ service and gratified they agreed that this was a preventable tragedy.”

In a statement Tuesday, the hospital said it planned to appeal.

“We are committed to providing extraordinary care, every day,” the statement said. “We took this case before a jury because we believe the care we delivered was appropriate. Even though the dollar amount of the verdict will be substantially reduced due to applicable law, we stand by the care we provided and are appealing.”

The lawsuit was filed in 2016 on behalf of Yen Tran and her son, Vinh Tran. He was 2-months-old when the injury occurred in 2006.

The child was born prematurely but was healthy at birth and discharged within 48 hours, according to the complaint. It stated he prenatally developed a urologic condition called hydronephrosis, a mild swelling of the kidneys.

He underwent an ultrasound that showed the condition when he was 2-weeks-old.

The complaint also stated he was diagnosed with lupus, but a physical exam and ECG showed no evidence of cardiac involvement.

In March 2006, Vinh went to the Beaumont Hospital for the renal scan, which required an IV line. McKeen said in the news release that hospital personnel had difficulty establishing the line and once it was established, the boy’s condition “changed dramatically.”

He said Tran tried to report to staff that her son was turning blue. He said personnel didn’t do an immediate code blue call. McKeen said personnel did not check a pulse or provide chest compressions, but did perform rescue breaths.

McKeen said Vinh suffered a lack of oxygen and blood to his brain, which resulted in cerebral palsy.