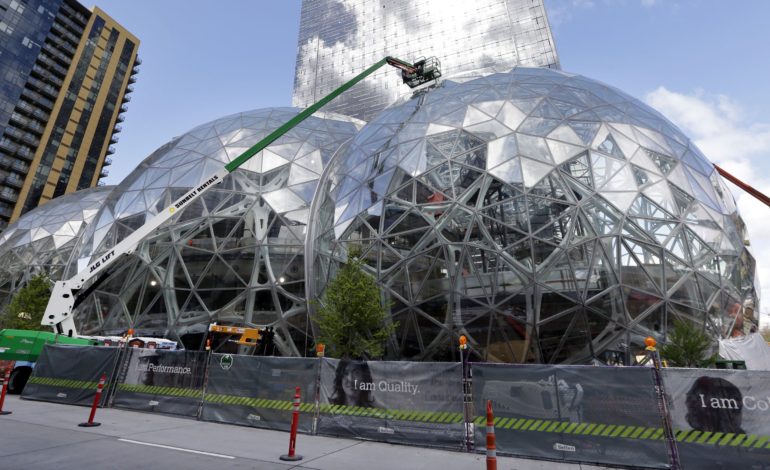 The Amazon headquarters in Seattle, Washington

The wage increase applies for full-time, part-time and temporary workers.

“We listened to our critics, thought hard about what we wanted to do and decided we want to lead,” Jeff Bezos, Amazon’s founder and CEO, told CNN. “We’re excited about this change and encourage our competitors and other large employers to join us.”

The change will apply to Whole Foods and all other subsidiary employees.

Amazon said its public policy team plans to begin lobbying for an increase in the federal minimum wage, which has been $7.25 an hour since 2009.

“We’ll leave it to Congress and professionals to decide what the right number is,” Dave Clark, the company’s senior vice president of worldwide operations, told CNN. “But for us, that number is $15.”

Amazon is one of the largest employers in the United States and it added more American jobs in the last 10 years than any other company.

“I want to give credit where credit is due,” Sanders said Tuesday. “I want to congratulate Mr. Bezos for doing exactly the right thing.”

He said he looked forward to working with Bezos to push for a $15 federal minimum.

“We’re excited about this and also hope others will join in,” Bezos responded in a tweet.

Workers across the country have pushed for a $15 minimum wage, most notably as part of the movement known as Fight for $15.

Some other companies have responded to public pressure to raise wages.

Target raised its minimum wage for new hires to $12 an hour in September and plans to raise its minimum to $15 by the end of 2020. Disney reached a deal with unions to pay a minimum of $15 an hour at Disneyland in California by 2019 and at Disney World in Florida by 2021.

And Walmart, the country’s largest private-sector employer, which has more than 1 million U.S. workers, raised its minimum wage to $11 in February.

Paul Sonn, state policy program director for the National Employment Law Project, said Amazon’s announcement would put pressure on other companies to raise pay and on Congress to lift the national minimum. Twenty-nine states have their own minimum wages higher than the federal $7.25.

Last month, Amazon said the average hourly wage for a full-time associate in fulfillment centers was already more than $15 per hour.