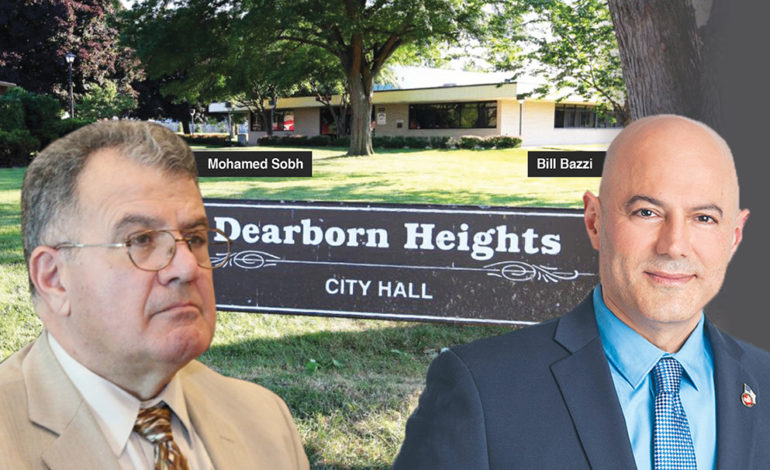 DEARBORN HEIGHTS – The city’s Building and Engineering director, Mohamed Sobh, has resigned amid accusations by a City Council member that he harassed and extorted residents.

At a September 25 Council meeting, Councilman Bill Bazzi said he heard from at least 20 residents and real estate agents that Sobh’s department approves permits “behind closed doors”, with preferred treatment to some, while most other business and home owners are required to wait in a long queue.

A “disgusted” Bazzi also alleged that Sobh had written up an elderly resident for violations (city inspections repair report) that would take about $15,000 to $20,000 to fix. In what Bazzi called a conflict of interest, Sobh then offered to buy her home, didn’t make the repairs and listed the property for rent a few days later.

Bazzi alleged that Sobh took advantage of a senior citizen with a terminal illness.

However, Sobh, who’s worked with the city for 19 years, told The AANews that Bazzi’s claim were “lies and false accusations for personal targeting.”

Regarding the violations he issued, Sobh said he was assigned at random to perform inspections on the house and that the violations cost about $10,000 to repair.

Sobh added that he had spoken to the homeowner’s daughter – not the elderly resident – and told them that they could either pay for the repairs or sell the house, allowing the buyer to assume responsibility.

The owners had already been taking offers to sell the home. Sobh then offered to purchase it through an agent. He first made the necessary repairs and then bought the property and listed it for rent three months later, he said.

But those charges weren’t what encouraged Sobh to quit.

He said he had already submitted his resignation letter to Mayor Dan Paletko on September 17. He said he’s been hinting at quitting for a while, as there were “too much lies behind [his] back” for the last three years, including accusations of favoritism when approving permits.

The mayor sent an email to the Council stating that Sobh had resigned effective September 27.

Technically, Sobh retired in 2012 and has been on a temporary contract with the city. Sobh also said he was having difficulty negotiating compensation with the city, the same reason three other department heads recently resigned.

Sobh added that Bazzi was targeting the department heads, who are appointed by Paletko, to pressure the mayor to quit, leaving an open seat to be filled.

Other Councilmembers The AANews spoke to on condition of anonymity agreed.

However, Bazzi told The AANews that he’s bringing injustices to light, as he promised during his campaign to bring transparency and accountability to the city government.

He added that he’s received a swath of phone calls, including about 100 calls in one day, from residents thanking him for “standing up” for them.

“I took an oath to uphold the Constitution – not to the mayor and department heads,” he said. “Enough is enough. Our residents are paying too much money in taxes. They need somewhere peaceful to live, somebody to take care of them.”

Multiple sources have also confirmed that the Dearborn Heights Police Department has opened an investigation and has confiscated records from Sobh’s office.

Councilman Dave Abdallah told The AANews that Bazzi’s allegations have been based on emotion and bias, without consideration into the difficulty of retaining and hiring new department heads after the four who’ve quit recently.

“What they did with Mohamed, they made him guilty before he could be proven innocent, until the point that he resigned,” Abdallah said.

He added that as a realtor and a Council member, he’s dealt with Sobh as for almost 20 years and has never ran into a problem with him. Abdallah also said the Building and Engineering Department is one of the most profitable departments in the city. Even though Sobh runs a tight operation, it still brings in almost $2 million a year.

“His management has made it much easier for people to open up businesses in the city […] and increased traffic into commercial buildings,” he said.

Abdallah said he was open to enacting an ordinance that would put a lid on conflicts of interest among department heads.