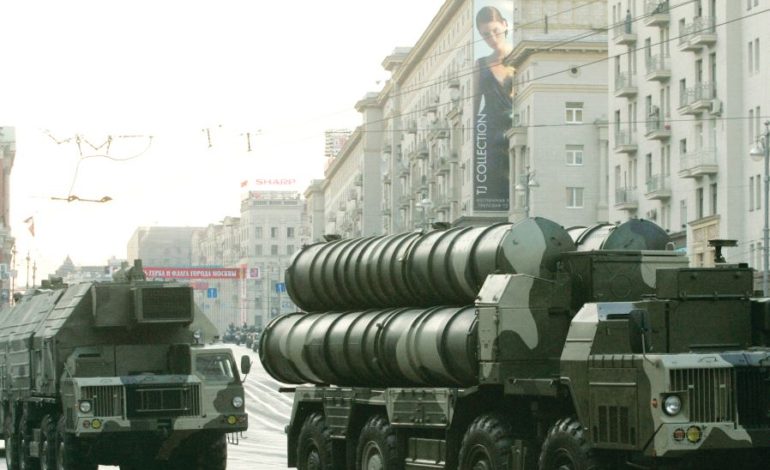 On Wednesday, an Israeli official played down the Russian upgrading of Syria’s air defenses, saying the newly supplied S-300 missile system could be defeated by Israel’s stealth fighters and possibly destroyed on the ground.

Moscow said on Tuesday that it had delivered the S-300, a decision it took after accusing Israel of indirect responsibility for the downing of a Russian spy plane by Syrian forces as they fired on attacking Israeli jets last month.

Damascus and its big-power backer describe the advanced addition to Syria’s arsenal as a major deterrent. Israel and Washington have both voiced misgivings about the S-300 handover.

But asked in an interview if the Syrian acquisition of the S-300 would clip the Israeli military’s wings, Tzachi Hanegbi, Israel’s regional cooperation minister and a non-voting member of its security cabinet, said, “Unequivocally, no.

“The operational abilities of the air force are such that those (S-300) batteries really do not constrain the air force’s abilities to act,” he told Israel’s Army Radio.

Referring to F-35 Joint Strike Fighters that Israel began receiving from the United States more than a year ago, Hanegbi said, “You know that we have stealth fighters, the best planes in the world. These batteries are not even able to detect them.”

Reuters reported in 2015 that Israel had trained against a Russian-supplied S-300 system in Greece.

Israel says its air raids on Syria are needed to foil deployments and arms transfers by Iran or Lebanon’s Hezbollah group, allies of Damascus.

Hanegbi said that Russia had previously stationed its own S-300 in Syria, so the system’s capabilities had long been factored into Israeli planning. Syria’s military would require “a few months” to get its S-300 operational, he said.

“We have clarified to the Syrians more than once that we will not step back from our commitment to prevent Iran’s entrenchment in Syria,” Hanegbi said, adding a veiled threat to take action against the S-300 on the ground. “We were already forced, a few months ago, to destroy Syrian missile batteries; and I hope they won’t challenge us in the future.”

Israel said on Sept. 4 that it had carried out more than 200 air strikes in Syria in the previous two years — an average rate of twice a week — with Russia largely turning a blind eye. There have been no reports of such missions since the Russian plane’s downing on Sept. 17, however.

Any such hiatus was a “tactical situation over a week or two” rather than a strategic reassessment by Israel, Hanegbi said.

Asked if Iran and its allies had used the period to step up their activities in Syria, he said he had seen “no basis for that” in Israeli intelligence assessments.

Other Israeli officials see the S-300 as “problematic”

Israeli Energy Minister Yuval Steinitz, a member of Israel’s security cabinet, acknowledged that the S-300 deployment was “a problematic matter for us.”

“And it could be for the Americans too. This is a system which certainly makes things difficult for us and requires that solutions be found,” Steinitz told Israel’s Army Radio.

At the same time, Steinitz acknowledged that the technology driving the S-300 was decades old, with systems developed in the 1970s. He said Israel would continue its campaign against Iran in Syria and would overcome the challenges posed by the S-300.

Later on Thursday, a senior U.S. general sharply criticized Russia’s deployment of the S-300 surface-to-air missile system in Syria, saying it was a needless escalation and a knee-jerk response to last month’s downing of a Russian military aircraft there.

Army General Joseph Votel, who oversees U.S. forces in the Middle East, said the deployment also appeared to be an effort by Moscow to help shield “nefarious activities” by Iranian and Syrian forces in the country.

The S-300 deployment “appears to be an effort to cover for Iranian and Syrian regime nefarious activities in Syria. So, again, I think this is a needless, needless escalation,” Votel told reporters at the Pentagon.

On Wednesday, Secretary of State Mike Pompeo blamed Iran for threats to American missions in Iraq and said the United States was terminating a treaty of amity with Tehran, which is the target of increasing U.S. sanctions over its missile programs.