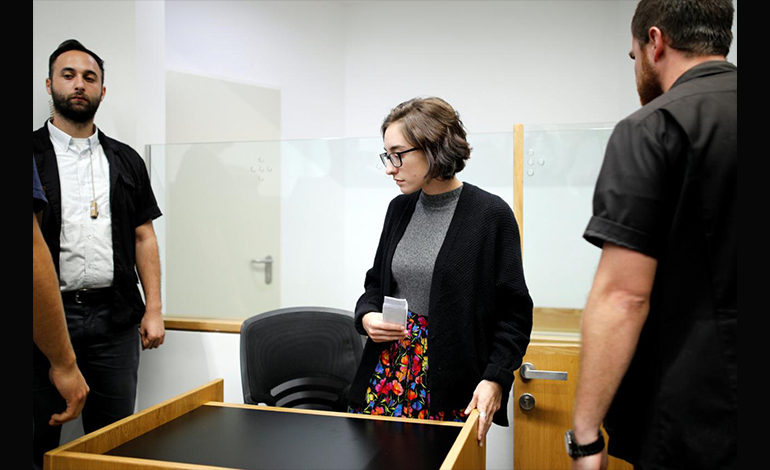 An Israeli court on Friday upheld the barring of an American student from the country over her activities in support of an international boycott campaign by pro-Palestinian groups.

Lara Alqasem, 22, flew to Israel last week on a student visa but was refused entry. While in airport detention, she filed an appeal with Tel Aviv District Court against the ban. The court turned her down on Friday, finding for the state.

It was not immediately clear if she would be deported.

Alqasem’s case has touched off debate in Israel over whether democratic values have been compromised by a 2017 law that bars the entry of foreigners who publicly support anti-Israel boycotts, and if a hard line against the student would ultimately harm the country’s image. Deputy Foreign Minister Tzipi Hotovely said during a discussion of Alqasem’s case on Israel Radio that the law’s implementation “has not proven especially successful”.

Alqasem was accepted into a graduate program at Jerusalem’s Hebrew University, which has called for her to be let in, and was issued a student’s visa by the Israeli consulate in Miami.

But she was barred by airport security officials who cited her role as president of a small local chapter of Students for Justice in Palestine at the University of Florida.

Its activities, the government said, included a campaign to boycott Sabra hummus, made and sold in the United States by a company partially owned by a firm in Israel.

Alqasem, who is of Palestinian descent, stopped her activities in the Students for Justice group months before the anti-boycott law came into effect, her lawyer told the court.

At an earlier hearing, Alqasem pledged not to take part in boycott activities while in Israel and said she did not intend to visit the West Bank, her attorneys said.

But Friday’s 11-page verdict by Judge Erez Yekutiel said the law made no clear distinction between past and present activism, giving the state discretion to bar anyone it deemed “liable” to promote an anti-Israel boycott.

Yekutiel also noted that his court was not empowered to gainsay national legislation. Israel’s Supreme Court is, offering a possible last resort for appellants turned down by lower district courts.

Alqasem’s lawyers could not be reached for comment on the eve of the Jewish sabbath, when Israeli public services shut down.

Israel argues groups such as the Boycott, Divestment and Sanctions (BDS) movement that want to isolate Israel over its occupation of territory which Palestinians seek for a state are anti-Semitic and aimed at its destruction.

The BDS movement rejects the accusation of being an anti-Semitic, but acknowledges that their movement is against the brutal Israeli occupation of Palestinians.