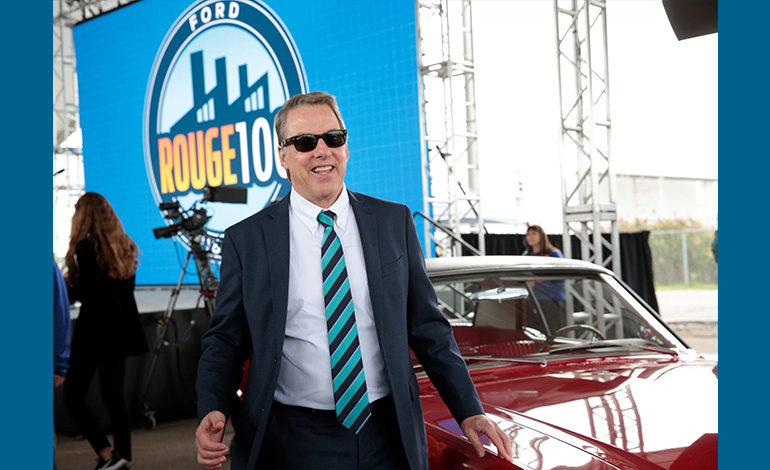 Ford Executive Chairman Bill Ford poses next to a 1965 Ford Mustang GT during the 100 year celebration of the Ford River Rouge Complex in Dearborn, Michigan US Sept 27, 2018. Reuters

The cancellations could add pressure on other U.S. firms like Goldman Sachs Group Inc., MasterCard Inc. and Bank of America Corp., to reconsider their plans to attend the investor event.

Neither JP Morgan nor Ford would elaborate on the reasons for the decision not to attend the Future Investment Initiative conference in Riyadh later this month and did not comment on whether concerns about the disappearance of Khashoggi were a factor.

Khashoggi, a U.S. resident and Washington Post columnist critical of Riyadh’s policies, disappeared on Oct. 2 after entering the Saudi consulate in Istanbul. Turkey believes he was murdered and his body removed. Saudi Arabia has denied that.

The investment summit in Riyadh typically attracts executives from some of the world’s largest companies and media organizations. But it has rapidly become a vehicle for those firms to express their concerns over Khashoggi’s disappearance.

Major news organizations such as CNN, the Financial Times, the New York Times, CNBC and Bloomberg have pulled out of the conference. The Fox Business Network, the lone Western news outlet still heading to the conference, told Reuters on Sunday it was reviewing that decision.

The absence of media and technology executives is likely to case a shadow over the three-day event, dubbed “Davos in the Desert.” It has become the biggest show for investors to promote Saudi Crown Prince Mohammed bin Salman’s reform vision.

Meanwhile, on Wednesday, President Trump said he does not want to walk away from Saudi Arabia despite concerns about the missing Saudi journalist, as pressure mounted on the kingdom to answer Turkish allegations he was killed in Istanbul.

“I do not want to do that,” Trump said in an interview on Fox Business Network when asked if the U.S. would walk away from its Gulf ally, reiterating his hopes that Saudi leaders were not involved inKhashoggi’s disappearance.

Trump’s top diplomat, Secretary of State Mike Pompeo, who is visiting Saudi Arabia and Turkey, said Riyadh should be given a few more days to complete a probe into the disappearance of the veteran journalist, a prominent critic of bin Salman.

Turkish authorities have an audio recording indicating Khashoggi was killed inside the consulate, according to a Turkish source.

The Saudis have strongly denied those allegations, but U.S. media outlets have reported they will acknowledge he was killed in a botched interrogation. Trump has speculated without providing evidence that “rogue killers” could be responsible.

How the crown prince emerges from the crisis is a test of how the West will deal with Saudi Arabia in the future. At issue will be to what extent the West believes responsibility for Khashoggi lies with the powerful young ruler.