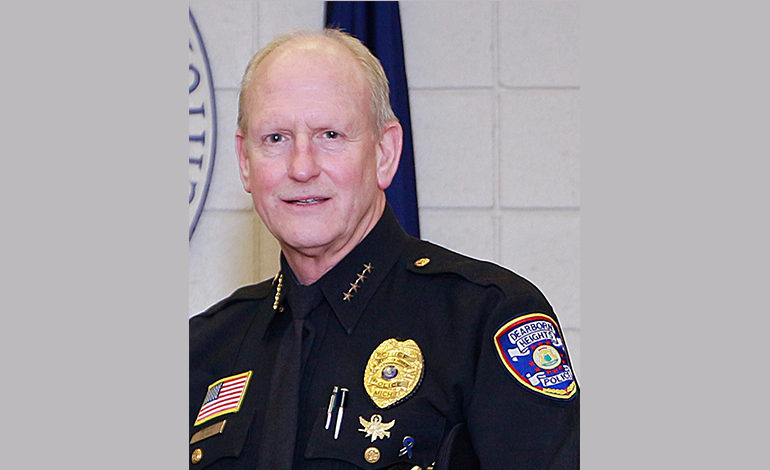 DEARBORN HEIGHTS — Police Chief Lee Gavin will retire on November 7, after more than a decade as the city’s top cop and 38 years total service to the city.

Gavin will be replaced by Deputy Chief Dan Voltattorni, who has been in law enforcement since 1987.

Gavin started with the department as a patrolman and worked his way up, serving in nearly every role in the department over his career. He is a lifelong resident of the city and is a graduate of Crestwood High School. Voltattorni served as a patrolman, Drug Enforcement Administration Task Force officer, Uniform Division lieutenant in charge of special investigations, Tactical Response Unit commander, supervisor of the Department’s Directed Patrol Unit and Uniform Division captain in 2013. He was promoted to deputy chief in 2017, according to the Police Department’s press release.

Gavin told Dearborn Heights City Council members and residents he is retiring after 10 years as the head of the department during the Oct. 23 City Council meeting.

“As you know this is my last council meeting, so I just want to come up here and express that I’ve had a very enjoyable career, 38 years with the city of Dearborn Heights,” Gavin said during the meeting. “I grew up in this city, I grew up with this city. I just wanted to come here tonight and thank all the residents of our community.” Voltattorni will become the new chief after a change of command ceremony scheduled for 1 p.m. on Nov. 7 at the Dearborn Heights Justice Center. Judge Mark Plawecki of the 20th District Court will perform the ceremony.

During his tenure as police chief of a rapidly changing city, Gavin tried to diversify his police force after several complaints and  civil rights lawsuits were filed against the police department. Few Arab American officers were hired in the last few years, even though more and more Arab Americans are moving and establishing businesses in the city.