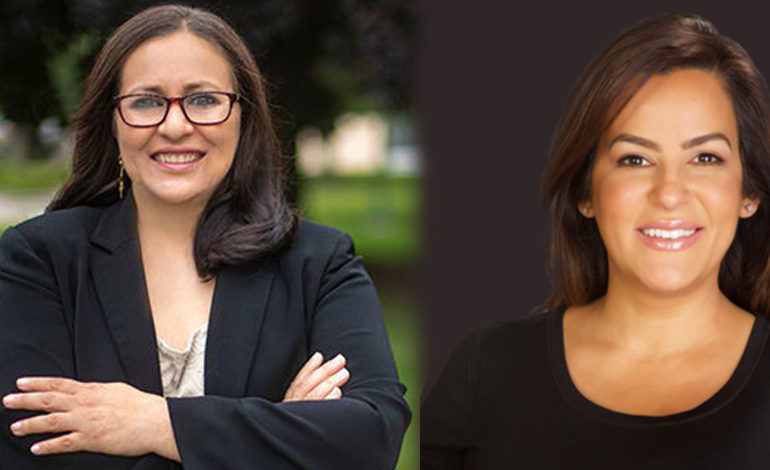 DEARBORN — In a dramatic contrast, all five Arab American candidates failed in the Dearborn Board of Education race on Tuesday, while other Arab Americans scored victories in Dearborn Heights’ Crestwood School District and the Northville School Board.

In Dearborn, the Arab American capital of the U.S., thousands of Arab voters went to the polls in an historic midterm election with the highest voter turnout in decades, but failed to elect any of the five Arab candidates to one of the two open seats for 6-year terms. Only two Arab Americans currently sit on the Dearborn School Board, Fadwa Hammoud and Hussein Berry. Thorpe, McDonald elected to the Dearborn school board.

Eight candidates filed for the two seats, including the five Arab American candidates. Mary Lane won a partial seat on the Dearborn School Board

Current trustee Mary Lane, who ran unopposed for a partial term, will also be returning in January. She received 19,975 votes.

Arab American candidates divided the votes and lost an opportunity to seat more Arab Americans on the school board that govern Dearborn Public Schools and Henry Ford College.

It wasn’t only the immature campaigns of some candidates that contributed to this setback in a city with more than 50 percent Arab American residents, but the political rookies who are playing with the future of the community and the best interests of the city.

Salwa Fawaz is top vote getter on Crestwood School Board

As for the Crestwood District election in Dearborn Heights, four candidates ran for the three 4-year term open seats. Arab American Salwa Fawaz was the top vote getter with 4,339 votes or 29 percent. Incumbent Trustees Donna Ancinec and Lynne Senia came in second and third place, respectively, with 24 percent of the votes each. Trustee Kevin Sauve came in last. It was Fawaz’s first run for a public office. She will be the second Arab American on the board for a district that comprises of 70 percent Arab American students.

The only current Arab American member of the board is Nadia Berry, who was elected in 2016.

Angela Jaafar wins a seat on Northville School Board

Another Arab American win was scored by Angela Jaafar, who won a seat on Northville School Board. Jaafar is the wife of Mike Jaafar, chief of operations of the Wayne County Sheriff’s Office. In Northville Township, where the bulk of the votes were, Jaafar was the top vote getter with 11,467 votes.  However, the Northville School Board has three precincts in Novi and two in Northville. After all votes from the three cities were counted Jaafar was able to defeat incumbent School Board member James Mazurek by a large margin and come only few votes shy of first place.

Looking at the numbers in Dearborn, Dearborn Heights and Northville, its very obvious that the crowded field of both qualified and unqualified candidates for the Dearborn School Board, combined with the chaos created by newly invented political committees, contributed to dividing the power of the Arab vote and impacting the Arab community in Dearborn. The community’s strength and  influence in Dearborn politics was weakened by those who chose to serve a greedy and narrow agenda. While the gamble and foolishness was the work of a few, the loss was felt by the entire community.

While two Arab American candidates were elected to the Crestwood and Northville School Boards, were there are few Arab residents, Arab Americans lost a seat on Dearborn’s Board of Education, in a city where Arab Americans make up 50 percent of the city’s population.

That should tell us something.